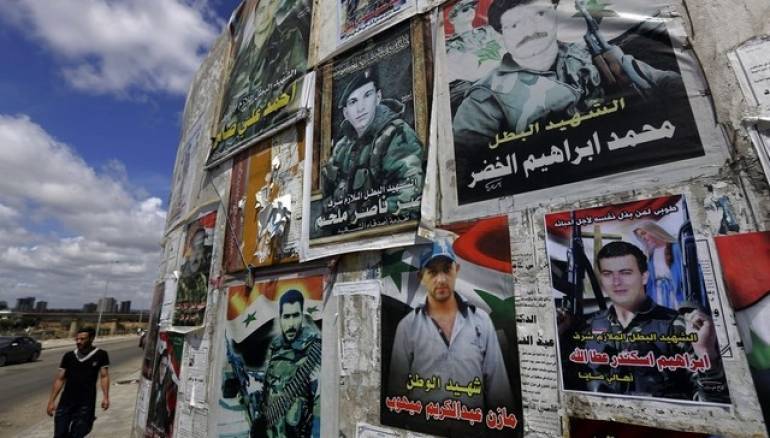 Over 80 regime officers and soldiers from hometown of President Bashar al-Assad were killed in fighting during the month of January, activists said.

The town of Qardaha on the Lattakian coast mourned the death of 84 army troops, including 18 officers, who died on battlefronts in a number of areas, especially in the eastern countryside of Homs province.

Qardaha is considered as a key supplier of manpower to the Assad army and allied pro-regime militias.

Loyalist social media pages have hinted at the extent of the death toll to affect the town since 2011, claiming that no youth remain in Qardaha.