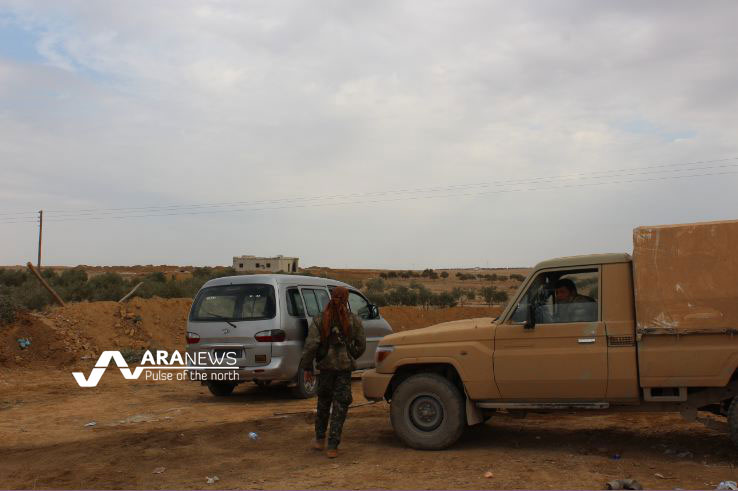 Military and local sources reported that the Islamic State group has developed a plan to prevent the Western-backed Syrian Democratic Forces — of which the People’s Protection Units (YPG) comprise the decision-making core — from advancing toward the city of Raqqa, ISIS’ main base in Syria.

The sources said that ISIS had carried out operations to flood Raqqa’s suburbs with water from the artificial Lake Assad to prevent the forces, which are supported by the international coalition under the leadership of Washington, adding that the group had opened three doors out of a total of eight in the Euphrates dam dedicated to draining excess water in the lake, with the aim of flooding the area to stop the advance of the Kurdish-led forces.

According to military experts, ISIS hopes the move will help win time to allow the group to withdraw from Raqqa to Deir-ez-Zor province, which could become the new capital of the “caliphate.”

Lake Assad contains about 12 billion cubic meters of water and the destruction of the dam would create a 9-meter high wave traveling at 7.5 meters per second over 119 square kilometers. The result would be the flooding of 67 residential centers including Raqqa, according to specialists, who believe that the flood would last 14 days. This would help the group to withdraw its fighters from Raqqa to Deir-ez-Zor without the Syrian Democratic Forces being able to pursue them.

In a related context, the Syrian Democratic Forces are preparing a new military campaign aiming to isolate the city of Raqqa from Deir-ez-Zor province and cut off the group’s route between the two provinces.

Military sources from the Democratic Forces said on Wednesday that “The coming stage of Euphrates Rage (campaign) will be to isolate Raqqa completely and cut off the road between it and the areas which the group controls in Deir-ez-Zor to the south.” He added that, “To implement that, it will be necessary to reach the Raqqa-Deir-ez-Zor road, but this will be difficult.”

Democratic Forces spokesman Talal Salou said on Tuesday that “There are preparations for a new action [the group] will carry out against the ISIS organization within a few days.” He added that, “The international coalition is providing a new batch of weapons to their forces.”

According to information given to ARA News, the Democratic Forces battle with ISIS in the western countryside of Raqqa has gradually halted after the forces reached the outskirts of the western Tabqa dam, in preparation for a new battle against ISIS.

YPG spokesman Redur Xelil denied this morning that the international coalition was providing its units with new military assistance, contrary to Salou’s remarks about the forces receiving weapons.