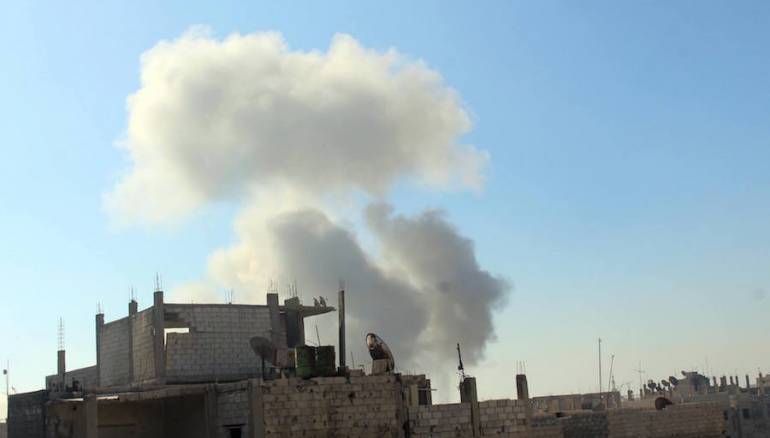 At least four people, including an child, were killed in regime air strikes on the town of Erbin east of Damascus as regime forces press to overrun the strategic Eastern Ghouta suburb, a local reporter said Tuesday.

Regime warplanes have conducted more than 10 raids on Erbin since early morning amid fierce clashes between rebel and regime militias at the eastern gate of the town.

“At least 18 people were injured in the attacks,” Ulwan said.