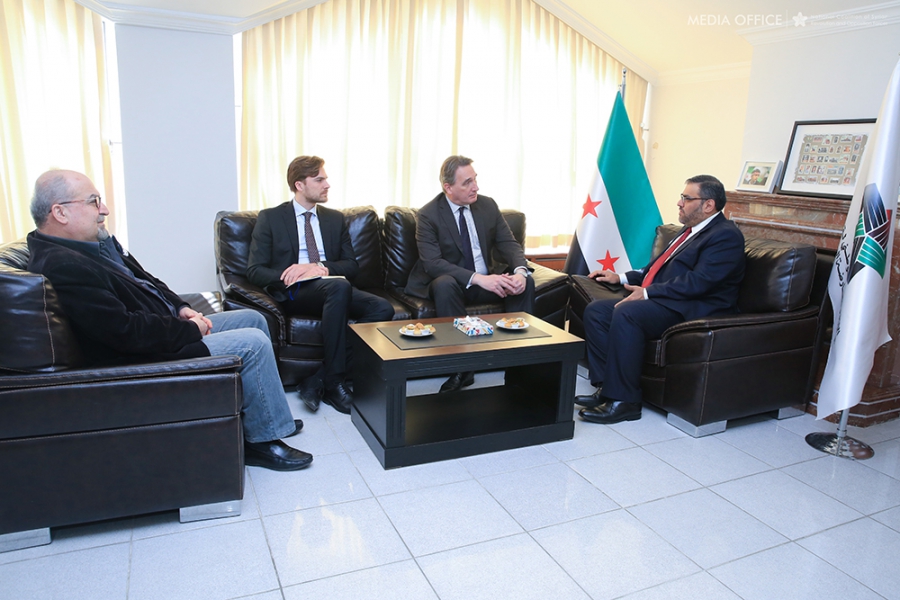 The Syrian National Coalition has called on the European Union to assume a more active role in pushing forward the negotiations for a political solution in Syria.

"We urge the EU to play more active role in the Syrian issue and contribute to the efforts aimed at reaching a political solution that ensures that the aspirations of the Syrian people for freedom and dignity are met," Coalition President Anas al-Abdah said on Tuesday.

Abdah’s comments came during a meeting with the Dutch envoy to Syria, Gerard Steeghs, in the Turkish city of Istanbul to discuss the latest developments regarding the upcoming round of talks in Geneva as well as the formation of the oppositions’ negotiation delegation.

The two sides agreed to organize events in Geneva and The Hague to highlight the extent of the war crimes conducted by the Assad regime against the Syrian people. Abdah stressed the important role the Netherlands can play to refer the situation in Syria to the International Criminal Court to ensure that perpetrators of these crimes are held to account.