Opposition's official media claims nation-wide ceasefire at risk of total collapse due to Russia's support for regime bombardment of the southern Syrian province, which has killed 47 people in past three days 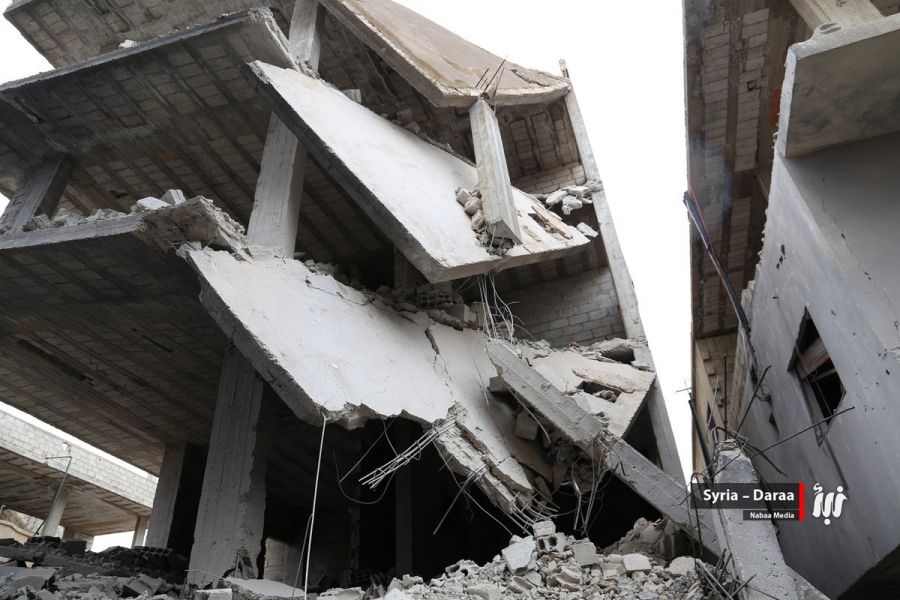 Syria’s main political opposition condemned the brutal aerial and ground bombardment of Daraa province by Assad regime forces and their allies, stressing that it constitutes a blatant violation of the ceasefire agreement.

In a statement released on Wednesday, the Syrian National Coalition said that the regime’s campaign is being carried out with the direct support of Russia, a guarantor country of the ceasefire agreement, placing the truce at risk of total collapse.

Regime forces, backed by Russian air forces and Iranian-backed militias, have committed at least 80 breaches of the ceasefire agreement in the past three days, including over 30 breaches in Daraa city and its countryside. These breaches have resulted in massacres which claimed the lives of at least 47 people, mostly civilians.

Regime forces and their allies have launched a campaign to punish Daraa and its countryside, bombing the Free Syrian Army-held areas with rockets and heavy artillery. The bombardment has mainly targeted residential areas of the city and FSA-held towns and villages, chiefly the towns of Tafas, Tell Shihab, Al-Harra, Bosra al-Sham, Al-Musayfirah as well as most of the towns and villages in the Lajat area in eastern rural Daraa.