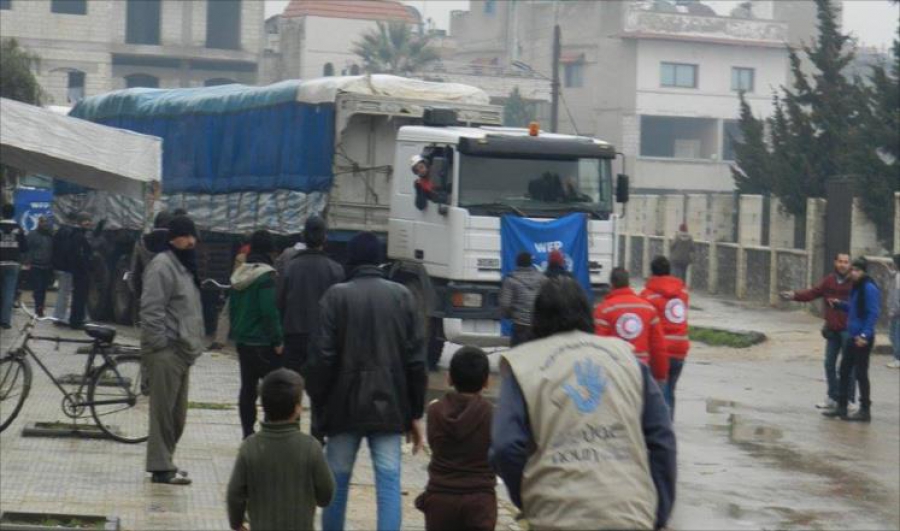 The National Syrian Coalition criticized the failure of the United Nations to enforce its resolutions and called for the delivery of aid to besieged areas, irrespective of Syrian regime consent and the protection of aid convoys.

A UN aid convoy was unable to enter the besieged al-Waer neighborhood on Monday due to regime shelling. The convoy was on its way back when it was attacked by militants in the Rida Brigade, an Iranian-backed sectarian militia. The militants seized the aid load and kidnapped the truck drivers.

In a statement released following the incident, the Coalition said: “It is imperative that concrete action be taken to ensure that humanitarian aid is delivered to civilians trapped in besieged areas and that the attempts of the regime to block aid convoys end.”

The Coalition called on the UN to immediately deliver airdrops of humanitarian aid to besieged areas in Syria without waiting for the consent of the regime, which continues to block humanitarian access and violate ceasefire agreements and truces.

Regime forces, meanwhile, continue to bombard the besieged neighborhood of al-Waer with heavy artillery and explosives. Dozens of tank and mortar shells and heavy machine gun fire targeted the district in the early morning hours of Wednesday, local activists said.