A new US shipment was dispatched to the PYD-Syrian Democratic Forces in Hassakeh, who have made a new set of strategic gains against ISIS militants on the Raqqa-Deir-ez-Zor route 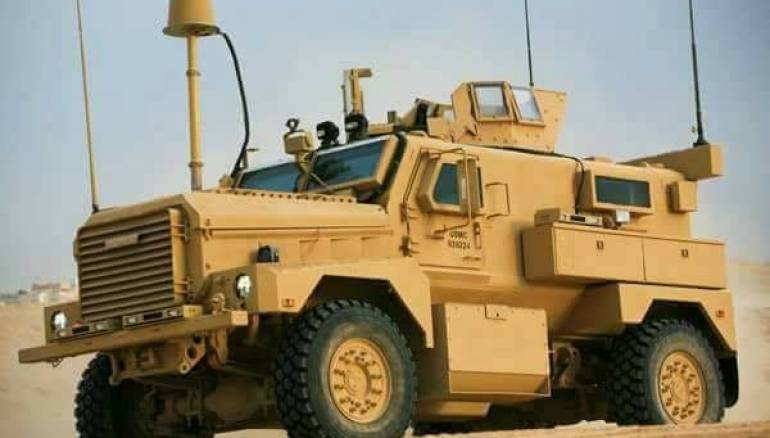 A new American shipment of arms has arrived in the province of Hassakeh for delivery to the Syrian Democratic Forces led by the PYD militias who have reportedly reached the Raqqa-Deir-ez-Zor route.

Activist Mahmoud al-Ahmed confirmed the arrival of a military convoy in Hassakeh on Monday. The convoy consisted of armored vehicles, weapons and supplies to be delivered to the Syrian Democratic forces (SDF).

The activist mentioned that the convoy had arrived in Syria from northern Iraq through the Fish-Khabor-Tonisiya crossing point near the border city of Malikiya.

The activist said that many truckloads of arms had arrived at the camp of Tal-Bader north of Hassakeh, adding that this was not the first time the camp was receiving such supplies.

Moreover, social media sites loyal to the Democratic Union Party (PYD) mentioned that American mine resistant vehicles were among the weapons shipment, adding that some of the arms had arrived in the city of Manbij.

The operation room of SDF’s Euphrates Anger reported in a press conference, held yesterday in Hassakeh city, that its military campaign against the Islamic State was underway and that they are in a position to take over the Raqqa-Deir-ez-Zor route.

The operation room said that, within a week, its forces had taken control of more than 100 villages in an area covering 1,762 square kilometers of the countryside of Raqqa and Deir-ez-Zor, adding that clashes with the Islamic State had led to the death of 172 ISIS militants and the capture of eight.

The US-supported SDF led by PYD is planning to reach the area of Jazarat at the river of Euphrates to cut off the Islamic State’s supply route from Deir-ez-Zor to Raqqa.

The SDF, which includes the powerful Kurdish YPG militias, the military wing of PYD, had launched its multi-phased campaign against ISIS last November, aimed at surrounding and ultimately capturing Raqqa province.

The first phase of Euphrates Anger targeted the areas north of Raqqa city. The second phase started almost a month ago, targeting areas the west of the city in order to wrest control of the Euphrates dam from the Islamic State, besides encircling and controlling the road to the militants’ stronghold in Deir-ez-Zor province.