Opposition delegation meets with EU officials in Geneva, calling on EU countries to exert their influence to keep the talks focused on a political transition in Syria 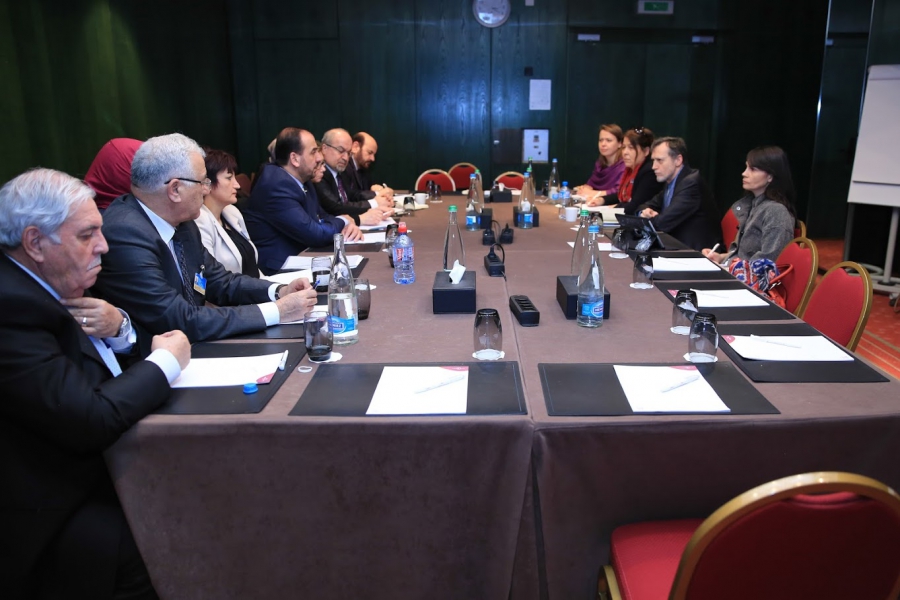 Opposition delegation head Nasr Hariri called on EU countries to cooperate with the UN in order to bolster the negotiations and guarantee that the talks remain focused on a political transition.

Hariri and other opposition members met with representatives of the EU countries in Geneva on Wednesday evening to discuss the progress of the ongoing talks which aim to bring about political transition in Syria.

Hariri reiterated that the main purpose of the Geneva talks was the issue of political transition as outlined in international resolutions, especially UNSC resolutions 2118 and 2254.

Hariri also called on the EU to support the opposition delegation and the political process, stressing the need for a greater and more active role by the EU in Syria.

For their part, EU representatives praised the opposition’s positive engagement in the political process in Geneva and reaffirmed their countries’ support for the rights of the Syrian people to regain their freedom and dignity.