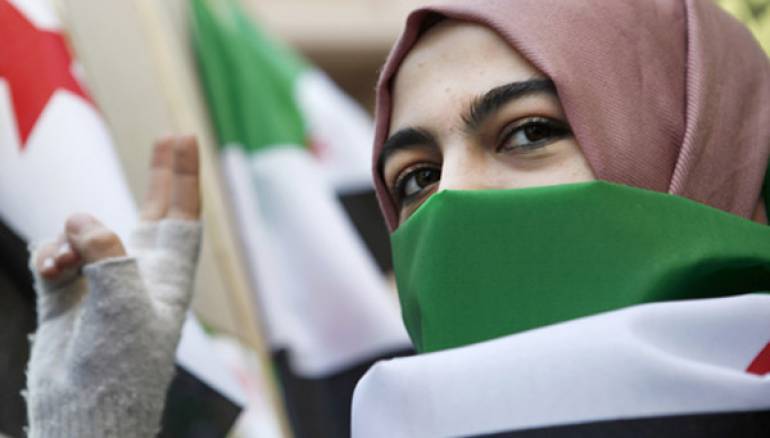 Syrian women have been notably active in their country’s popular uprising for freedom since 2011.

They have played important roles in social and political fields, including relief work, the media and documentation of human rights violations.

During the popular uprising, Syrian women suffered from direct and indirect gender-based violence. They were targeted based on their sex as a way to break them and undermine their creative role.

Reports indicate that at least 763 Syrian women have been killed by regime snipers, while over 7 million of them are in dire need of humanitarian assistance

Syrian women have endured many horrors over the course of the past six years. At least 23,502 women have been killed, 65 percent of whom died in airstrikes.

Syrian regime forces backed by Russia and foreign militias are responsible for 91 percent of the killings. These violations have led to a state of fragmentation within Syrian society, which has also suffered from mass displacement.