Regime airstrikes on residential neighborhoods and a school in the town of Kafranbel in Idleb kill seven civilians, including four children and a woman 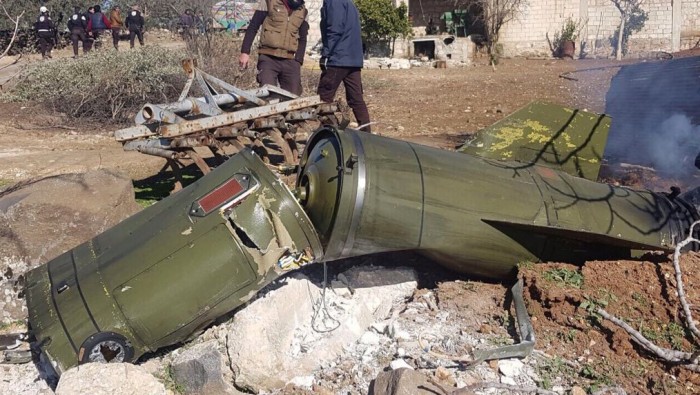 At least seven people, including four children and a woman, were killed on Thursday in two regime airstrikes on the northern town of Kafranbel in Idleb province.

Elsewhere, in eastern Syria, 14 civilians including six children were killed in airstrikes, thought to be carried out by the U.S.-led coalition, on the northern Al-Matab village near Raqqa, activists said.

"The raids hit the village of Al-Matab after midnight and were likely carried out by the coalition," said Rami Abdel Rahman, head of the Syrian Observatory for Human Rights.

On Monday, U.S.-backed Syrian Defense Forces fighters cut off that road in efforts to encircle ISIS militants in Raqqa.

The U.S.-led coalition has been backing the SDF's advance toward Raqqa with air power and special operations forces as advisers.

Abdel Rahman said that SDF fighters were advancing on ISIS militants in Al-Matab, which lies about 55 kilometers southeast of Raqqa.

The SDF, an alliance of Kurdish and Arab fighters, launched its offensive against Raqqa in early November and has since seized large swaths of territory in northern Syria.

The SDF is considered an enemy of Ankara, which perceives its YPG leadership as "terrorist" because of its links to the outlawed armed PKK group in Turkey.