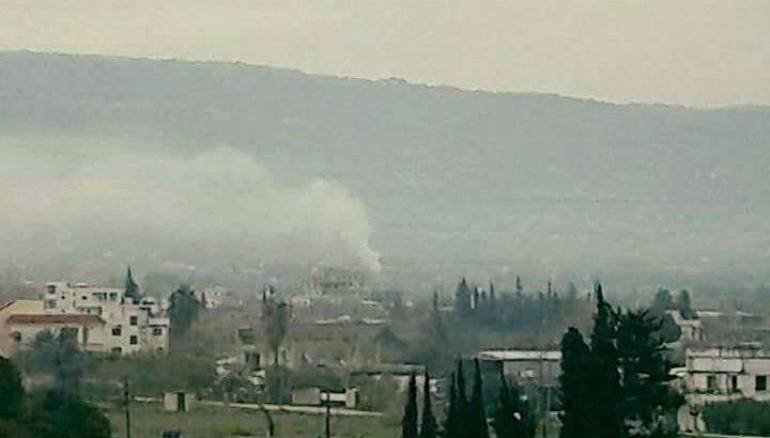 Rebel forces on Wednesday shelled the Russia-controlled Hameimim airbase and Qardaha, the hometown of Syrian President Bashar al-Assad, in Lattakia province, just a day after opposition fighters heavily shelled a meeting of regime leaders in the area.

Pro-regime media confirmed the news, stating that rockets fell in the agricultural and mountainous areas in the area between Qardaha and Jabla. No causalities were reported.

The Mountain Battalion Facebook page wrote that regime forces determined the point from which the rockets were fired and responded by firing on the village of Kubana in Jabal al-Akrad (Kurdish Mountains).

Earlier on Wednesday, rebel factions targeted a regime base in the town of Bahluliya with artillery shelling. The number of casualties is still not known.