Defense Ministry spokesperson rejects claims made by militant group that rebel fighters shot down a Russian helicopter, saying that all aircraft in in Syria can be accounted for, Syrian government media writes 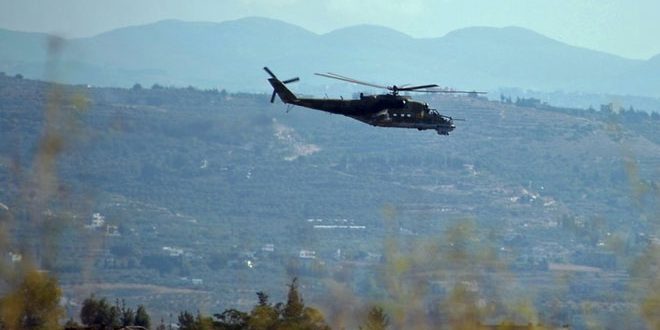 Russia’s Defense Ministry has denied allegations by terrorist groups that a Russian helicopter was shot down in Lattakia countryside.

All Russian aircraft in Syria “are at their bases or involved in routine missions,” a spokesperson from the Coordination Center at Hmeimim airbase said. “Claims made by terrorist-controlled media sources about a Russian helicopter allegedly being shot down have nothing to do with reality.”

Earlier in the day, terrorists from the Ahrar al-Sham organization claimed that they downed a military helicopter near the village of Salma in the countryside of Lattakia.