Passenger bus gutted by explosion which targeted the vehicle on Al-Siteen Street, killing five and wounding six others, according to state media 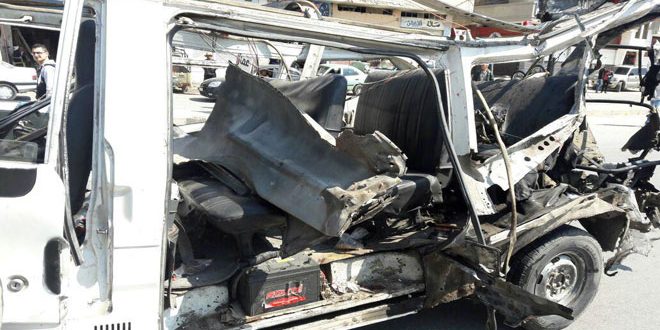 Terrorists targeted on Wednesday a passenger bus in the neighborhood of Al-Zahra in Homs city with an improvised explosive device, claiming a number of lives and causing injuries.

SANA’s correspondent in Homs said that the terrorist bombing hit a minibus on Al-Siteen Street, killing three people and wounded five others in the explosion.

Later, Homs' top health official said that the number of victims from the bombing had risen to five dead and six wounded.