Syrian warplanes will be decamped and transported to Hmeimym airbase and civilian airports in the capital and other cities following the U.S. strike in Homs, military source tells opposition newspaper Zaman al-Wasl 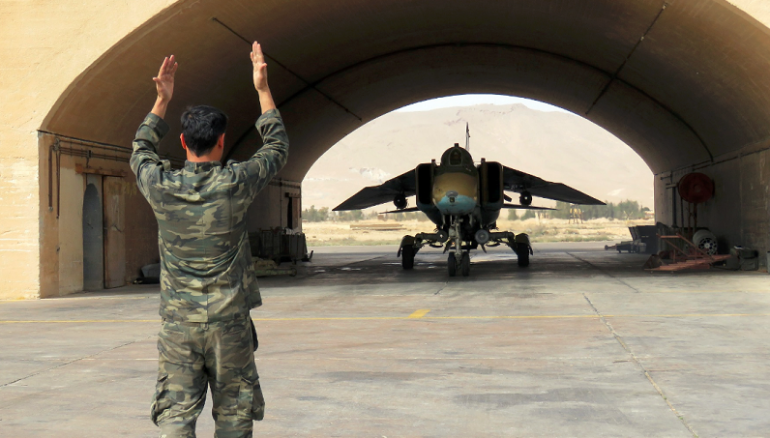 Syria’s air force is relocating its warplanes to civilian airports and the Russian-controlled Hmeimym air base in Lattakia province over fears of further U.S. strikes, a military source told Zaman al-Wasl.

International airports in the cities of Damascus, Qamishli and Aleppo will house the military aircraft, the source added.

The Trump administration early on Friday warned the Russian and Syrian governments of its planned response three hours before the strike, so Russian experts and pilots took flew their helicopters and warplanes from Shayrat to Hmeimym.

According to the source, Firday’s strike left little damage to the Shayrat air base, adding that the runway was left intact while six damaged MiG-23 fighter jets were currently undergoing repairs.

Furthermore, activists and media claimed that two warplanes took off from Shayrat air base hours after it was struck, and bombed nearby targets.