Activists claim scores of people are being killed in Idleb and Hama by the Russian air force in retaliation for the U.S. missile strike on the Shayrat air base late last week, opposition media office writes 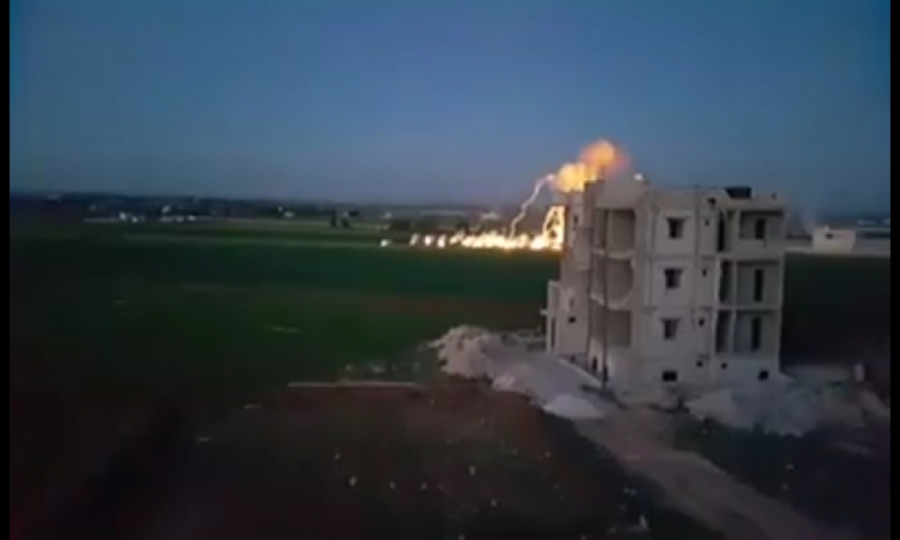 Syria’s political opposition slammed Moscow’s continued support for the Assad regime's state terrorism, as the Russian air force intensified its bombing raids on towns and villages in the provinces of Hama and Idleb using internationally banned weapons and causing dozens of civilian casualties.

Activists in rural Idleb said that two people were killed and many more injured in Russian airstrikes on the town of Maarat al-Nouman on Sunday, as warplanes used white phosphorus and cluster bombs in strikes that targeted civilian homes.

More airstrikes using the white phosphorus hit the towns of Bseida, Saraqib, Sarmin and Khan Sheikhoun, as well as the outskirts of the towns of Deir Sharqi, Bsamis, Heesh, Maaret Hurma, Sheikh Mustafa, Ayn al-Suda, Taibat and Shagar. The airstrikes left many people killed or injured.

Activists in rural Hama said that the Russian air force has also intensified air raids on the towns and villages in the province using internationally banned weapons, including napalm. The most violent airstrikes targeted the towns of Kafarzeita, Lataminha, Souran, Halfaya, Maardes, Lahaya and the outskirts of the town of ​​Maan.

Russian forces also committed a horrific massacre that claimed the lives of over 20 people, including women and children, when Russian jets bombed the town of Orem Allouz in rural Idleb on Saturday.

The intensified Russian aerial bombings came in the wake of missile strikes the United States launched on the regime-controlled Shayrat air base in rural Homs on Friday.