Moscow's behavior will further complicate the Syrian issue, opposition says, after Russia doubled down on its support for the Assad regime following the sarin gas attack earlier this month 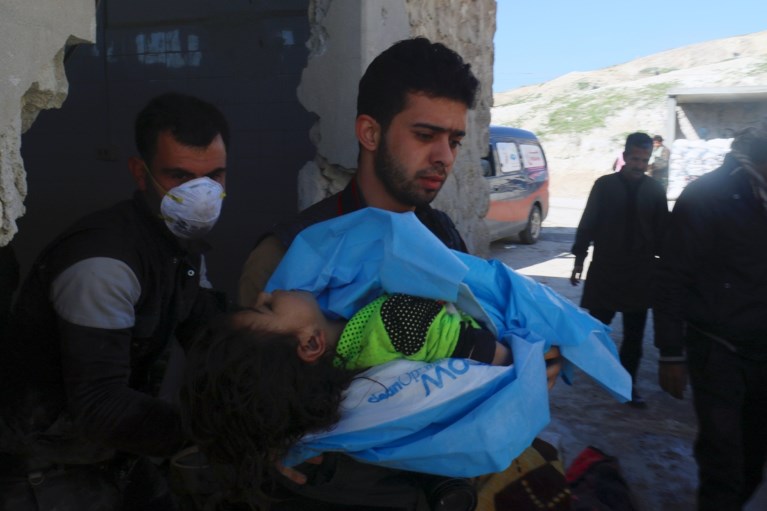 Russia has once again stood by the Assad regime after it committed a horrific crime against civilians using chemical weapons in the town of Khan Sheikhoun in rural Idleb on April 4, Syria’s main political opposition said.

Mohamad Joujah, a member of the Syrian National Coalition’s political committee, said Moscow still insists on supporting the murderous regime despite the horrific crimes it is committing against the Syrian people.

All available evidence points to the Assad regime’s responsibility for the massacre after samples collected from the site of the attack tested positive for the nerve agent sarin, Joujah added. He noted that the Russians are fully aware that the Assad regime was behind the attack on the town.

Coalition member Dima Moussa said that Moscow cannot continue to proclaim itself a guarantor of the cease-fire agreement in light of its support for the Assad regime. She underscored that Russia’s behavior “will further complicate the Syrian issue,” adding that the Kremlin “bears primary responsibility for the crimes committed in Syria.”

Moussa stressed that if Russia is serious about supporting the political process in Syria it must stand at the same distance between the regime and the opposition. "However, Russia seems to have chosen to align itself with the regime," Moussa said.