The former opposition leader speaks with Zaman al-Wasl about the shift in U.S. policy following this month's gas attack, explaining that the Trump administration has since ended any chance of cooperation with the Assad regime in the battle against ISIS 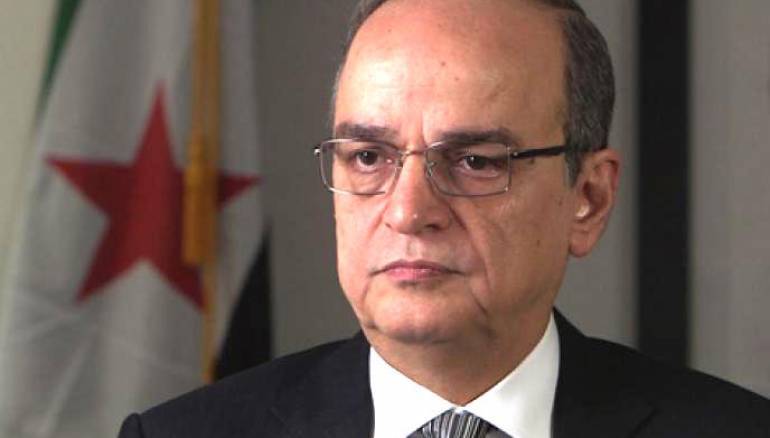 Opposition figure and former head of the Syrian National Coalition Hadi al-Bahra said that the Trump administration has finally terminated its cooperation with the Syrian regime in the fight against the Islamic State (ISIS), stating that the Assad government is now more exposed than ever before.

In an interview with Zaman al-Wasl, Bahra discussed the change in American policies on Syria and the Assad regime, describing the Trump administration’s strategy after the gas attack in Khan Sheikhoun as a "fundamental and important change in America’s policies and priorities in Syria."

He added that the administration has turned the page of accepting cooperation with the Assad regime in the war on terror, clearly outlining that security and peace cannot be achieved in Syria under the rule of Syrian President Bashar al-Assad, while stating that a political settlement cannot be made while he remains in power.

In a recent meeting with Russia Foreign Minister Sergey Lavrov, U.S. Secretary of State Rex Tillerson said that his country is pursuing a political transition in Syria and an organized departure for Assad.

According to the Syrian opposition figure, the U.S. strike on Shayrat air base "put an end to the imaginary red lines which former U.S. President Barack Obama spoke of. The red lines are now effective, and the message is clear that the United States will not stand [idly] by in the event of a threat to its national security, but the declared priorities of U.S. policies are still the same."

Bahra said the United States and key world powers still fear the resurgence of ISIS or Al-Qaeda in the event of a power vacuum if Assad falls and the army breaks up into paramilitary groups. For this reason, he said, they see it is necessary to have an organized political transition only after successfully eliminating these groups.

“[Syrians] are the real stakeholders in eliminating terrorism in Syria and we are the only ones capable of uprooting it from the ground in our lands,” he said, adding that the horror of ISIS is not the only terrorism evident in Syria, but instead includes the conditions which led to its birth in the region. He explained that there can be no successful policy against terrorism without dealing with its roots and the elements that feed into it, such as state-administered and sectarian abuse.