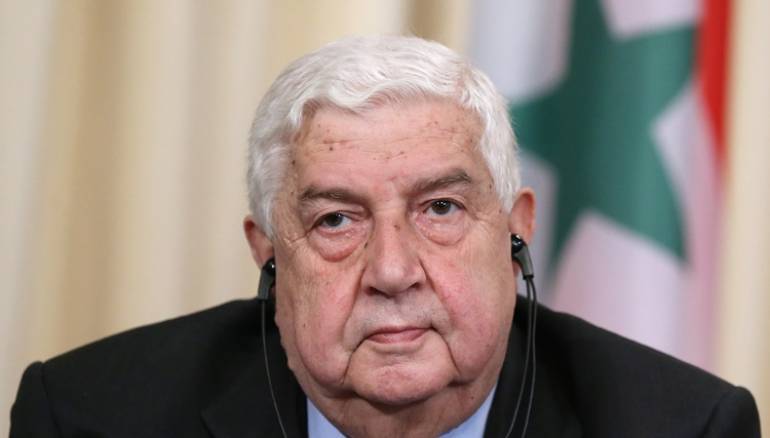 Syrian Foreign Minister Walid al-Muallem has defended the Assad regime’s killing of civilians by comparing his government’s actions with those of the United States in Iraq.

“Why are you holding us accountable for killing civilians in Syria, and you are killing them in Mosul? We will do the same as you,” Muallem told a low-ranking U.S. official.

According to a Western source with close ties to the U.S. embassy in London, the foreign minister’s comments to the official preceded the chemical attack in Khan Sheikhoun, which the U.S. holds the Assad regime accountable for.

The Western source predicted that the U.S. will not remain silent on the regime’s recent advance in Hama’s northern countryside, as it continues to use various banned weapons and fights alongside Shiite militias from Iran, Afghanistan, Iraq and Lebanon.

The source also pointed out that a possible U.S. strike could involve European countries near the region and that “they may start by targeting the Lebanese Hezbollah forces in Syria.”