Opposition media center reports that Syrian government forces and allied militias continue to target rebel-held areas with heavy bombardment, now for the 40th day in a row, as the death toll rises in some residential districts 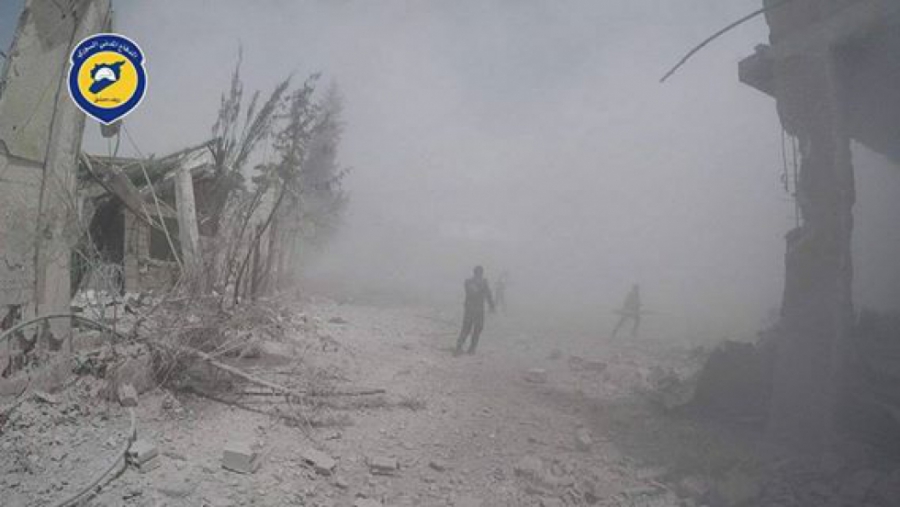 Bombardment by regime forces and Iranian-backed foreign militias on rebel-held areas in Damascus and its suburbs has continued unabated for over a month. The aerial bombing by warplanes, rockets and heavy artillery has been ongoing for over a month now as part of an attempt to take over the liberated areas.

Activists in Damascus said that dozens of airstrikes have been targeting the districts of Qaboun, Tishreen and Barzeh in eastern Damascus on a daily basis for past 40 days.

The Assad regime and Russian jets on Friday raided towns and villages in the Eastern Ghouta region, hitting residential neighborhoods and civilian facilities. The area also came under intense bombardment by heavy artillery and rockets.

The Unified Medical Office in the Eastern Ghouta said that two people were killed in what they believed were Assad regime airstrikes on the town of Douma. The airstrikes also left dozens of people injured, including women and children, and caused damage to residential buildings.