China's envoy to Syria urges parties to continue efforts to secure a political settlement through negotiations, adding that recent chemical attacks in Idleb's countryside should be investigated through an independent commission, state news agency reports 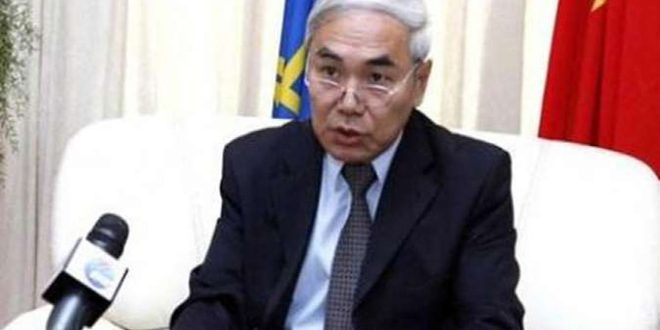 China’s Special Envoy to Syria Xie Xiaoyan stressed on Sunday that the only way to solve the Syrian crisis is through a political settlement with negotiations.

Syrian parties should not divert from a political settlement through negotiations, Xiaoyan told Chinese and Egyptian media during a visit to Cairo, adding that parties should show political will to engage in dialogue to better understand each other's demands.

“I see some positive developments … there is cease-fire in place and basically the cease-fire agreement is holding,” he said.

Xiaoyan said that China calls for an independent and thorough investigation into the use of chemical weapons in in Khan Sheikhoun in order to unveil the perpetrators and punish them according to international law.

“The basic position of China is this: We are firmly against and strongly condemn any use of chemical weapons by any country, any organization or any individual under any circumstances in any place at any time,” he said.