About 400 displaced people, mostly women and children, prevented from building on private land despite three-year down payment, opposition website writes 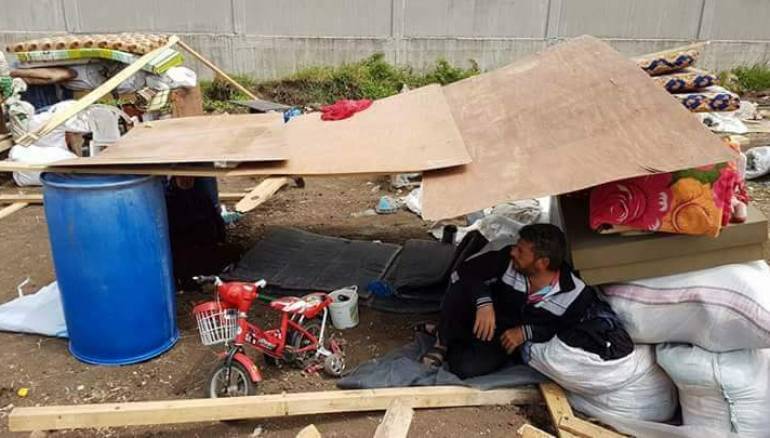 At least 70 Syrian refugee families in northern Lebanon have been left homeless after authorities revoked approval to build a camp for displaced people.

The families, which were displaced from Idleb, lost their contract after paying an advance of three and a half years to construct a camp in Halba in northern Lebanon.

Sohaib al-Ahmad, a camp representative in Halba, told Zaman al-Wasl that the displaced families were surprised to discover the license to build the camp had been withdrawn following pressure from local residents.

He added that the families have been prevented by local security forces from conducting any activity on the property until a final decision is issued regarding the right of Syrians to live on the land.

“We are about 70 families, almost 400 people, most of them children, women and elderly. We have no house, no roof other than the sky, no one does a thing to help us, although we have sought help from many bodies,” Ahmad said.

Ahmad called on humanitarian organizations to help save them from further displacement without electricity, water, food and shelter.