Army of Islam accused of firing on civilians protesting against the ongoing clashes between powerful rebel groups, opposition media reports 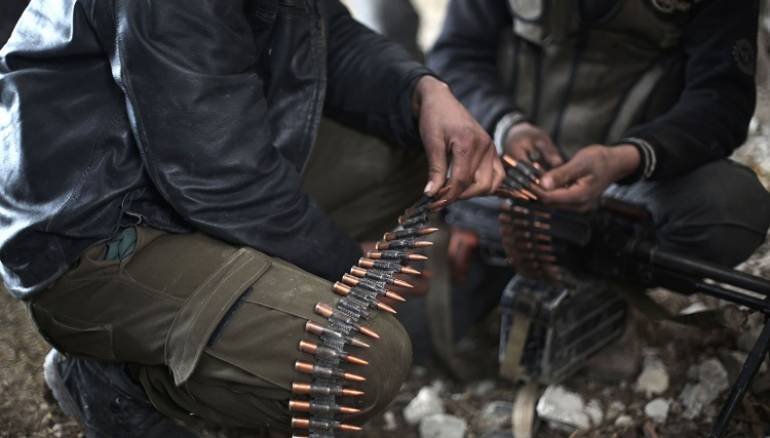 An Army of Islam spokesperson said that no orders were given to open fire on protests in the Eastern Ghouta as the death toll from fighting with rival Islamist groups reaches 120, according to Zaman al-Wasl’s reporter.

Senior commander Hamza Bairiqdar said that any fighters who open fire on civilian will be held to account.

Local activists published footage on social media purportedly showing members of the powerful rebel group opening fire on a peaceful protest, and civilians demanded an end to the infighting in the town of Arbin,

The incident recalled the first days of the Syrian uprising when regime security forces opened fire on civilians protesting in Daraa city.

Bairiqdar stressed that his group will eliminate any presence of the Hayat Tahrir al-Sham organization in the embattled eastern suburbs of Damascus.

The spokesman said his group would not allow the Al-Qaeda-affiliated group to repeat the situation in Aleppo, adding that the Eastern Ghouta will not descend into supporting the regime either.

The Army of Islam accused the Hayat Tahrir al-Sham rebel alliance of kidnapping its reinforcements while en route to the Qaboun district northeast of Damascus. The allegations sparked fierce fighting which has been ongoing since Thursday.

In May 2016, more than 300 people were killed during fighting between the two sides.

Imad al-Din Mujahed, a Hayat Tahrir al-Sham media officer, denounced the accusations saying the offensive by the Army of Islam was fully plotted before the alleged attack on the group’s reinforcements.

Meanwhile, regime and allied forces attacked the rebel-held district of Qaboun northwest of the Eastern Ghouta by land and air as the infighting continued.

In February, the Syrian government backed by Russian air power and Iranian-backed militias launched an offensive against Qaboun and the neighboring town of Barza, which are believed to contain supply tunnels for the besieged enclave.