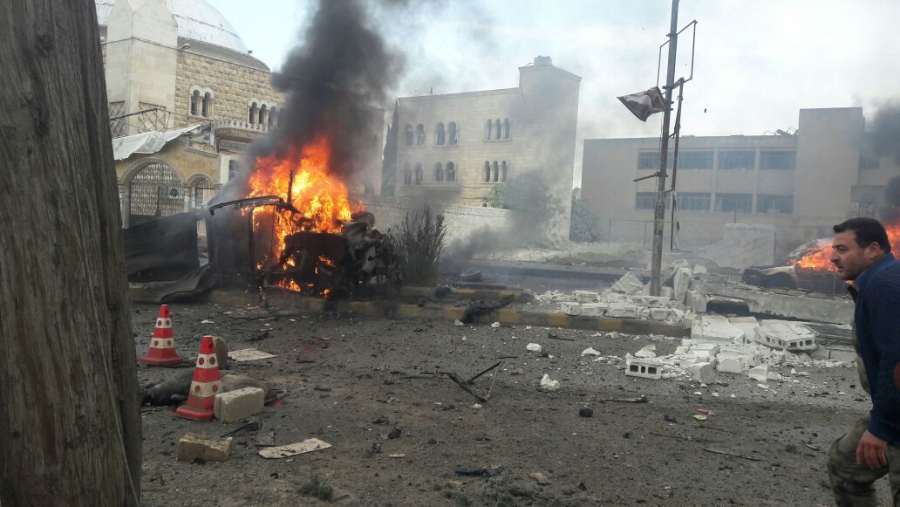 The Syrian National Coalition condemned the car bombing which targeted the headquarters of the Syrian interim government in the town of Azaz in northern Aleppo province. At least five civilians were killed and many more wounded in the attack.

“This terrorist attack is clearly aimed at hindering efforts by the Syrian people to rebuild their country,” the Coalition said in a press release published on Wednesday. The bombing came ahead of preparations by the interim government to hold meetings with foreign figures in the building which was targeted.

“The bombing serves the goal the regime and terrorist groups share, which is to undermine efforts to set up an administration on all levels and to restore infrastructure and public institutions,” the statement added.