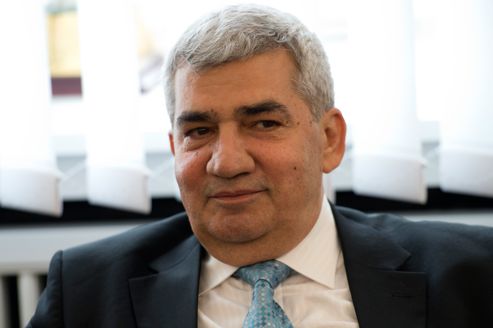 Seif, a 70-year-old former Syrian MP, helped spearhead the non-violent Damascus Spring movement in the early 2000s comprised of dissidents and intellectuals. He also co-founded the Damascus Declaration in 2005, which called for peaceful and gradual reform within the Syrian government.

His election was well received by a majority of social media activists, although some doubted that he would be able to rescue the bloc from its current state of internal crisis.

A number of Coalition leaders have left the Istanbul-based group in the past year, including vice-president Sameera Massalmeh and the renowned politician Michel Kilo.

Seif is the founder of the Forum for National Dialogue which was established to promote political debate and freedom after the death of Syrian President Hafez al-Assad in June 2000.

He was arrested twice under Syrian President Bashar al-Assad.

In January 2001, Seif voiced his aspiration to create a new political party in a country that has long been dominated by the ruling Baath Party. A Forum meeting on Sept. 5, 2001, drew the attendance of several hundred people urging for reforms and change, and calling for civil disobedience.

In his new role, he will replace current head Anas al-Abdah, who was elected in March 2016.

The Kurdish National Council welcomed the election of Seif, saying the opposition figure is "known for his positive position toward the Kurdish cause in Syria."