Over 280 medical centers were destroyed and 150 staff members killed in 2016, according to Syrian interim government report 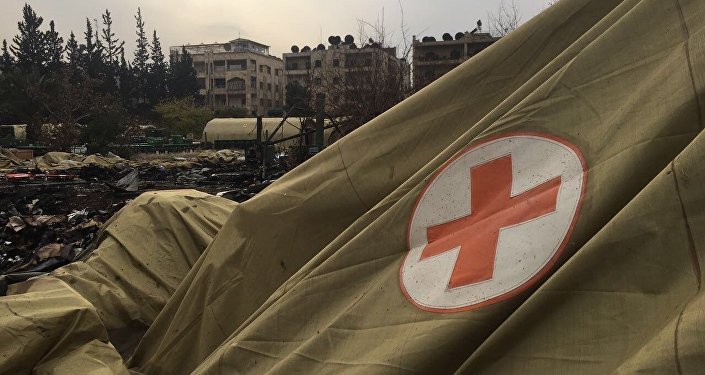 A U.K.-based human rights monitor has documented the deaths of 23 medical staff and Civil Defense workers in Syria during the month of April.

Russia led the way in the report’s list of those responsible for killing medical staff and Civil Defense workers.

The opposition Syrian interim government's Health Ministry sent a message to the Secretary-General of the United Nations Antonio Guterres regarding the regime and Russia’s systematic bombardment of hospitals and medical facilities, which has resulted in the deaths of a large number of staff, as well as the destruction of equipment and buildings, putting them out of service.

The Health Ministry said in a statement that from 2011 to 2015, at least 70 medical centers had been targeted and 497 people had been killed, including doctors, nurses and emergency workers. The ministry said that these numbers increased in 2016, when 286 medical points were destroyed and 151 medical staff killed.

The statement said that in 2017, up to the month of April, 32 medical centers had been targeted, the latest being the Kafr Takharim hospital, which was damaged by cluster and vacuum bombs.

The statement said that medical facilities lie far from military bases and fronts and are free of armed fighters.