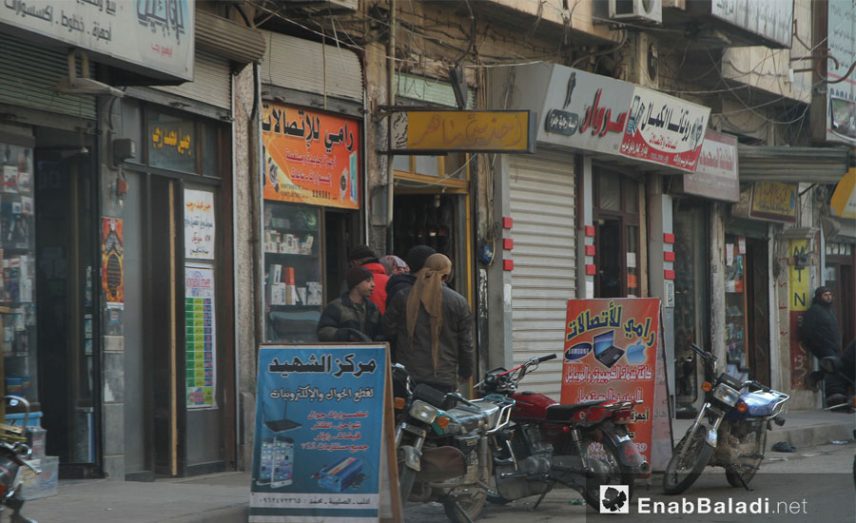 Hayyat Tahrir al-Sham (dominated by the Nusra Front) announced the establishment of an institution to monitor the exchange market and financial transfers in areas it controls.

The group said in a statement issued on Thursday, May 11, that establishment of the General Foundation for Finance Administration and Consumer Protection “came as a result of the disputes occurring in exchange centers and because of the legal violations which have occurred in many purchase and selling operations.”

The establishment of the body also came as a response to the request of a large number of exchange and remittance center owners in liberated areas, according to the statement.

Its formation comes days after a number of exchange and remittance centers in Idleb requested the group develop a policy for financial administration in the region.

They asked the group in a statement on Wednesday, May 10, to protect financial exchange and remittance centers from any aggression and to determine the trade volume for Syrian currency in the “liberated areas” and determine what they described as “legal infractions.”

The exchange rate to the dollar in northern Syria has teetered over the last week, especially after the announcement of “de-escalation zones” in the Astana talks on Thursday, May 4.

The exchange rate in Idleb declined from 550 Syrian pounds to 485 pounds to the dollar due to optimism among residents of a deal, especially given that the deal includes Idleb city and its countryside as a safe zone.

The improvement of the Syrian pound did not last long before it declined again, as today in Idleb the pound recorded 537 to sell and 535 to buy for the dollar.