Government media outlet reports on second and final phase of resettlement plan, which opposition has widely criticized as attempt to pursue demographic change 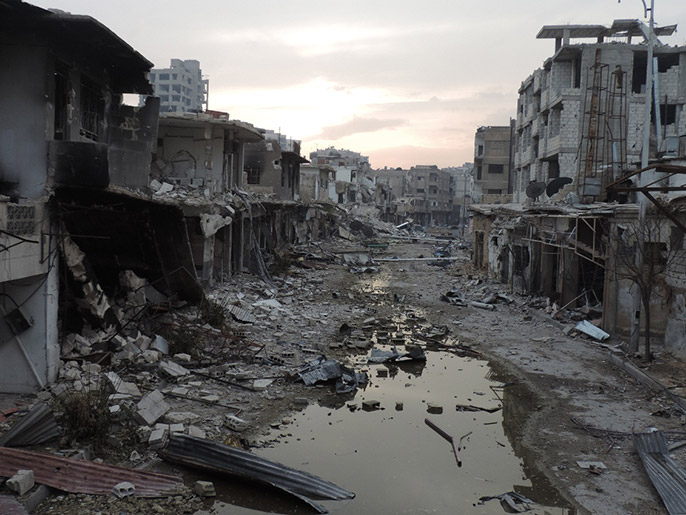 The Qaboun district on the eastern outskirts of Damascus was declared clear of all armed militants after the completion of the second phase of the resettlement agreement, according to Damascus Governor Bishr al-Sabban.

The governor said on Monday afternoon that the area is now completely clear of terrorists after the completion of the second and final phase of the evacuation of armed groups from the neighborhood.

He added that engineering units started to comb the area to dismantle improvised explosive devices and landmines which the armed groups left behind before departing the area.

A SANA reporter said that 1,345 militants have left Qaboun in the second phase of the resettlement, while 600 others have had their legal status settled.

On Sunday, the first phase of the resettlement process began with the evacuation of 2,289 people from the neighborhood, including 1,058 militants.

The evacuation of militants from Qaboun came after hostilities ended in the district, which witnessed over the past weeks fierce battles between the Syrian army and terrorist organizations.