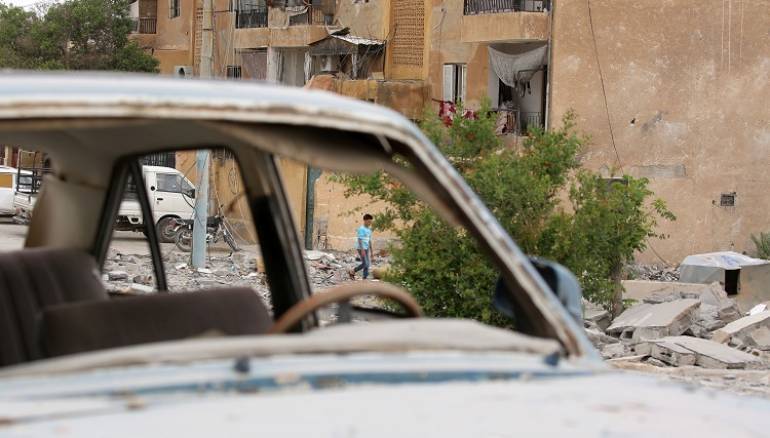 Activist group Raqqa is Being Slaughtered Silently said the strikes targeted the town of Kdairan east of Raqqa, a day after coalition strikes killed three other people on Sunday.

Meanwhile, the U.S.-backed Syrian Democratic Forces have advanced in the province to take most of the eastern and western countryside from the Islamic State (ISIS).

SDF fighters have seized 350 square km of territory in the past week, tightening their noose on ISIS in an advance to isolate its base of operations at Raqqa.

Some 3,000 to 4,000 ISIS fighters are thought to be holed up in Raqqa city, where militants continue to erect defenses against the anticipated assault, drawing coalition airstrikes to stop them, Col. Ryan Dillon, a spokesman for the U.S.-led coalition, told Reuters in a phone interview from Baghdad.

The SDF, an alliance of Kurdish and Arab fighters, took the two villages of Salhabiya and Sarhabiya al-Sharqi from ISIS east of Raqqa city after heavy clashes with the radical group, activists said.