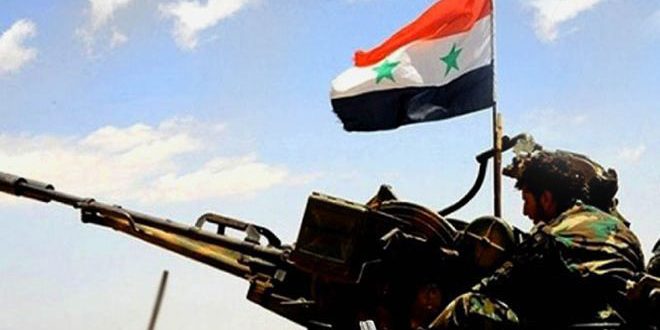 Syrian army units re-established control over the Jirah military air base, also restoring security to a number of villages and towns in the eastern countryside of Aleppo, after killing and injuring around 3,000 Islamic State (ISIS) terrorists.

A military source told SANA that army units expanded their operations to hunt down ISIS terrorists in the eastern countryside of Aleppo, adding that the operations resulted in the death and injury of thousands of terrorists and the destruction of dozens of vehicles.

The military source affirmed that the clashes resulted in the death of a number of high-ranking ISIS members, including a number of emirs, military leaders and a judge.