No progress can be made on political transition as the regime refuses to engage in serious talks, the Syrian opposition says 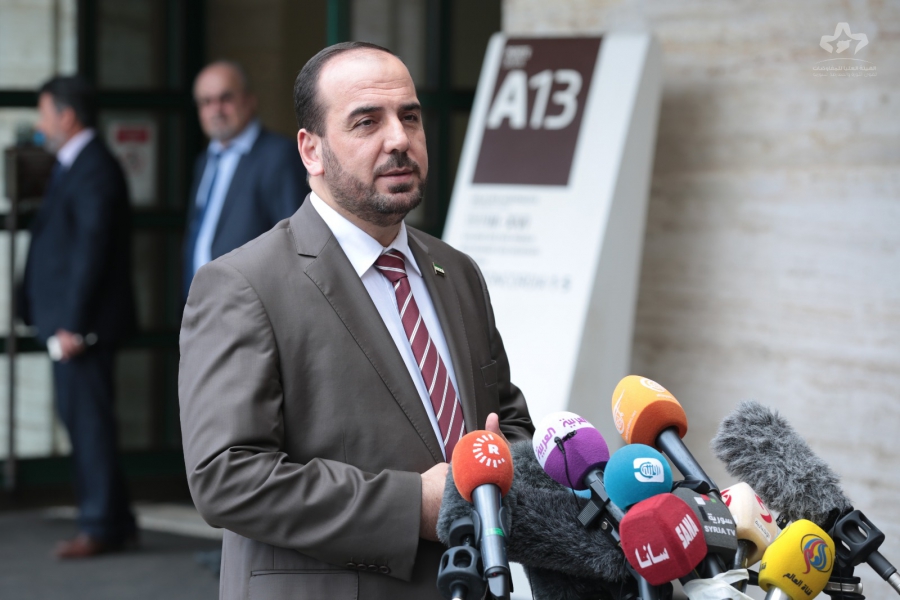 Nasr al-Hariri, the head of the opposition’s High Negotiations Committee delegation to the seventh round of Geneva talks, stressed that the regime continues to refuse to engage in the political process, calling on the United Nations to fulfill its obligations to implement international resolutions on political transition in Syria.

Speaking after a meeting with U.N. envoy Staffan de Mistura on the third day of the latest round of talks in Geneva on Wednesday, Hariri said: “We held the first meeting with the U.N. envoy today. The meeting discussed the framework of the political process."

“We participated in very useful technical meetings in June and July about baskets 2 and 3 [governance and the constitution]. Today the discussions were focused on the essence of the political process to implement the U.N. Security Council resolutions relating to political transition,” Hariri added.

Hariri continued: “The international community and the U.N. Security Council, which has passed resolutions to bring about political transition in Syria, must fulfill their obligations and fully assume their roles and name the side impeding a political solution.”

The HNC, Hariri said, has delivered to the U.N. a memorandum about detainees in the prisons of the Assad regime, “especially as no progress on this issue has been achieved in the Astana meetings.”