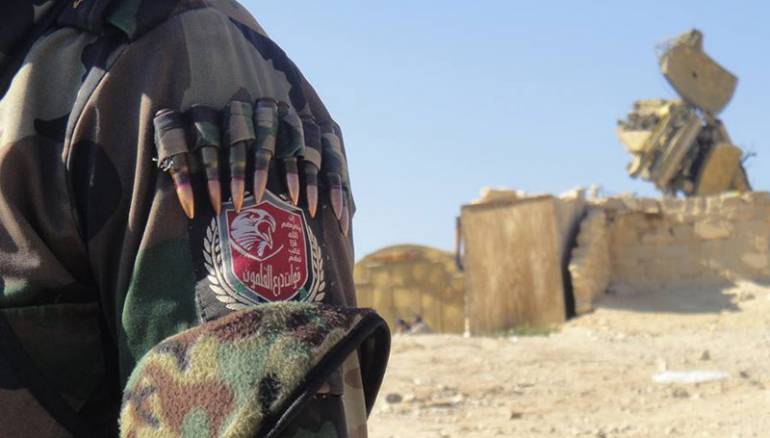 Syrian activists have accused the Assad regime of recruiting youths and former rebel fighters in the capital's reconciled districts to fight the Islamic State (ISIS) in eastern Qalamoun.

Local activists of Barzeh said 50 young people from the district have joined a new militia, less than two months after hundreds of opposition fighters left to Idleb province as part of a Russian-backed resettlement deal.

The Qalamoun Shield paramilitary group is backed and financed by Syria’s military intelligence to fight in eastern Damascus province at the gates of the Syrian steppe, also known as the Badia region.

Activists claim that many of the former rebel fighters in the Damascus suburbs are joining the pro-regime militias out of fear of being arrested.

In May, hundreds of fighters left Barzeh for Idleb province as part of an evacuation deal reached with the regime. It was the first evacuation from the capital in the country's six-year war.