President tells Iranian envoy that government forces and allies are fighting against terror groups for the benefit of Syria and its people, state media reports 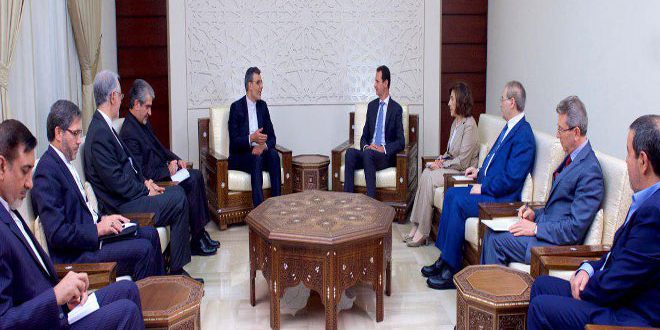 President Bashar al-Assad on Thursday lauded the gains made by the Syrian army, stating that successes by government forces and their allies will have positive effects for Syria.

The president stressed that a key contributing factor to these developments has been the continuous and accelerating victories achieved in the course of the war against terrorism in Syria.

Every achievement made by the Syrian army and its allies in this war will have more positive implications, Assad said. This is despite the insistence by some states to continue to use terrorism as a tool to achieve narrow political goals, which has caused instability in the region and loss of security for its people, according to Assad.

He highlighted the strategic ties binding Damascus and Tehran and the permanent coordination between both parties in the various fields.

Ansari, in turn, affirmed that Iran’s support for Syria is firm, adding that Tehran will continue to contribute all it can to help Syrians achieve final victory over terrorism and let peace and stability prevail in Syria again.