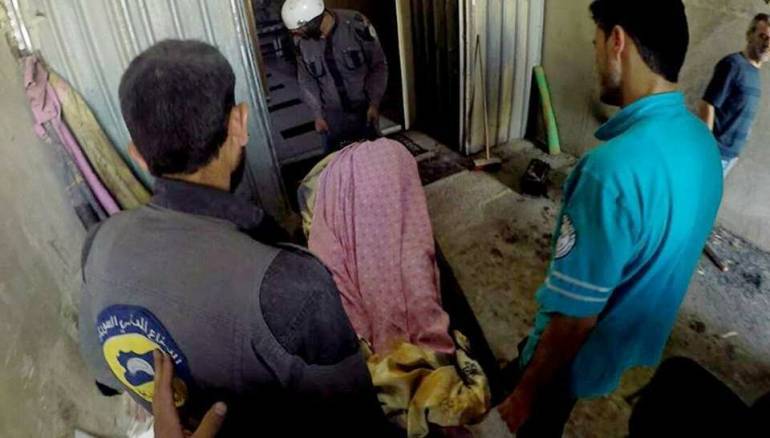 Fighting broke out in the Eastern Ghouta of Damascus on Wednesday between rebel and regime forces for the first time since both sides declared a cease-fire over the weekend, a war monitor said, adding that airstrikes also targeted the besieged enclave, killing a newborn.

On Tuesday, the Britain-based Syrian Observatory for Human Rights reported the first civilian casualties since the Russian-backed truce began on Saturday.

Airstrikes on three towns in the Eastern Ghouta killed a child and wounded 11 other civilians in the suburb of Otaya, taking the civilian toll of dead and wounded to about 55 in 48 hours, the Observatory said. The toll is expected to rise, Reuters reported.

Russia dismissed reports of Tuesday’s strikes as a "an absolute lie" meant to discredit its work in the de-escalation zone.

Clashes on Wednesday erupted around Ayn Tarma on the western edge of the Eastern Ghouta — the final rebel stronghold near the capital.

Russia announced it had deployed military police in the area on Monday to try to enforce a de-escalation zone it said it had agreed with the Syrian opposition there.

The regime army, with military support from Russia and Iran, has dealt the opposition a string of defeats around the capital over the last year, seizing back control of areas including Daraya and Moadamiya.

On Tuesday, three trucks carrying 10 tons of food rations and medicine entered into the embattled Eastern Ghouta suburbs, the Russian command in the coastal Hmeimim air base said.