Several ambulances, along with 9 tons of medical supplies and 1,000 tons of food en route to the eastern city, state media reports 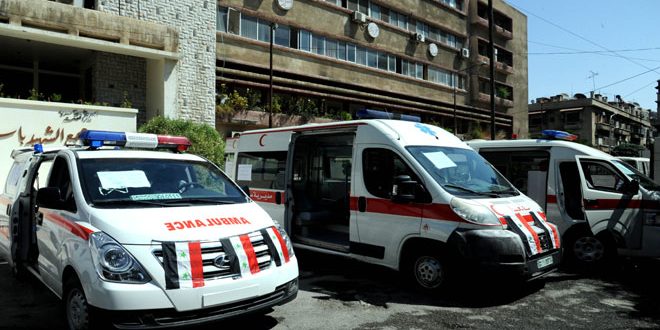 Syria’s Health Ministry has mobilized aid supplies to support the health-care sector in Deir-ez-Zor city after the Syrian army broke the three-year siege imposed on it by Islamic State (ISIS) terrorists.

In a statement to the press, Health Minister Nizar Yazigi said that an ambulance and a mobile clinic were sent to provide permanent services in the city after its liberation. Another four ambulances will be used to transport the wounded and patients in critical condition to hospitals outside the city, the minister said.

He added that the ministry has sent 9 tons of medicine and supplies to locals, and will be calling on health sector workers to return to the city after it is declared safe.

A food convoy organized by the Syrian Trading Establishment was sent on Wednesday from Homs province to Deir-ez-Zor city to support the citizens in the city.

The convoy includes 40 trucks loaded with 1,000 tons of food, including vegetables, fruits, provisions and cleaning supplies, with the aim of providing for the daily needs of the citizens who have suffered the barbaric siege imposed by terrorists.