Deal follows regime attempts to undermine Moscow in its efforts to include the region into its cease-fire plan, Zaman al-Wasl reports 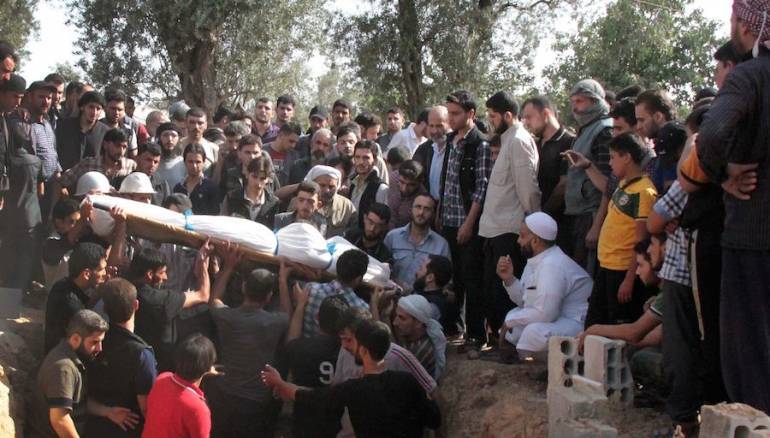 Russia on Tuesday fortified the Assad regime with a new de-escalation zone agreement at the eastern gate of the capital, a deal turning most of the surrounding districts of Damascus into non-conflict areas.

The Eastern Qalamoun, which lies on the edges of Syria's Badia region, has joined the de-escalation zone agreements, as news broke of regime forces and allied militias lifting the Islamic State (ISIS) siege on Deir-ez-Zor city on Tuesday.

However, a Zaman al-Wasl reporter said the Assad regime was not satisfied with the deal in the Eastern Qalamoun.

Rebels have accused the regime of undermining the deal in an effort to reach its own reconciliation agreement which would dismantle the opposition’s power base. According to the local activists, the Russian-backed de-escalation zone deals would consider the rebels as important counterparts to President Bashar al-Assad’s rule in the area.

A military source told Zaman al-Wasl that representatives of the Forces of Martyr Ahmad al-Abdo, Jaish al-Islam and Al-Rahman Legion had met with senior Russian and American officers. An agreement was reached during the meeting that opposition-held cities and towns of the Eastern Qalamoun would be included within the de-escalation zones map.

In a relevant development, the U.S. army, through its joint task command in Jordan, has called on allied rebel groups fighting regime forces in the Syrian desert to withdraw to Jordan, saying the move will serve the de-escalation zone agreement as they face inevitable defeat.

The Amman-based Joint Operations Room, which leads rebel factions in southern Syria, said it is seeking another cease-fire deal with the Assad regime.