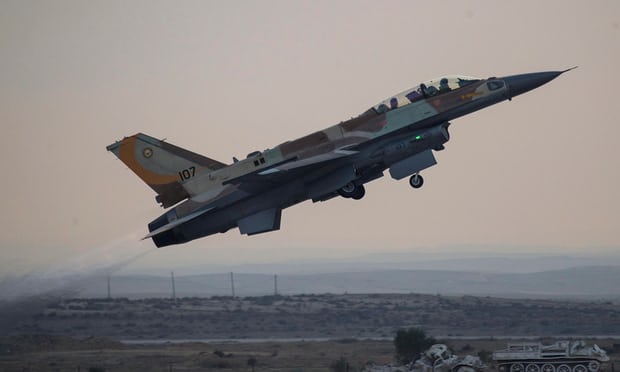 Syria’s army said that Israeli warplanes fired several rockets from Lebanese airspace in the early morning on Thursday, targeting a military position near Masyaf in the countryside of Hama. The attack killed two army personnel and caused damage to the site.

“This aggression comes in a desperate attempt to raise the collapsed morale of the ISIS [Islamic State] terrorists after the sweeping victories achieved by the Syrian Arab Army against terrorism on several fronts, and it affirms the direct support provided by the Israeli entity to ISIS and other terrorist organizations,” the army’s general command said in a statement.

The command warned against the dangerous repercussions of hostile acts on the security and stability of the region, reiterating its determination to eliminate terrorism and uproot it from all the Syrian territories.