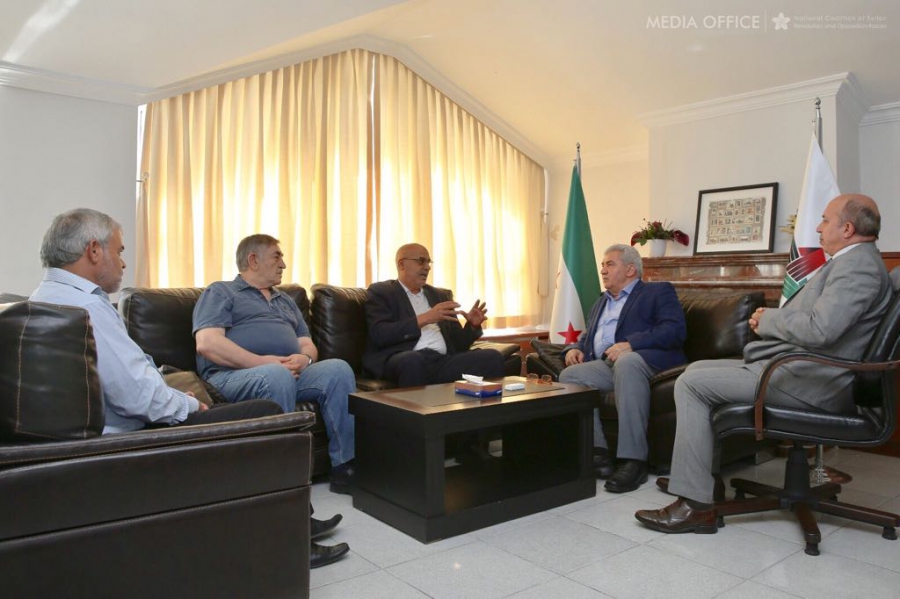 President of the Syrian National Coalition Riad Seif has praised the Tunisian people for their honorable position in supporting the Syrian revolution and their rejection of normalization of relations with the tyrannical Assad regime.

"Outside powers are seeking to create an artificial opposition to take a share through negotiations," Seif said. "Russia and Iran are planning a coup against the revolution similar to that which took place in Tunisia.”

Seif's comments came during a meeting on Wednesday with Secretary-General of the Tunisian General Labor Union Mohamad al-Assaad Obaid.

Speaking on the upcoming meeting in the Kazakh capital Astana, Seif said that the talks aim to "freeze the conflict militarily without going to a final political solution."

"What is happening in Syria now is a sharing of influence, not partitioning of the country, which Syrians reject,” Seif said, noting that "the cantons that are being established in Syria will be heterogeneous with each other.” He warned that the establishment of such cantons would have dire consequences on the Syrian society.

Seif said that the Syrian opposition is open to dialogue with all political forces in Tunisia, as it was among the first supporters of the Syrian revolution. "It previously sponsored the first conference held by the Syrian National Council. We need your solidarity and communication with the Syrian people."

For his part, Obaid said that he was "absolutely certain that the revolution will recover and that its course will be corrected." He said there is a need for greater communication and coordination, pointing to "smear campaigns by some sides to discredit the Syrian revolution."