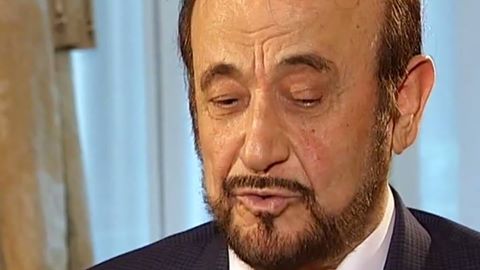 Rifaat al-Assad, the uncle of the head of the Syrian regime Bashar al-Assad, is rumored to have died in a hospital in Paris, according to news sources and social media pages.

According to the sources, which quoted an apparent French news channel, Rifaat was taken to a hospital in the French capital as a result of an unnamed disease and a heart attack.

However, informed sources denied the report which spoke of the Syrian's death, pointing out that the news was attributed to the 'Shine Online' channel, noting that no channel exists in French media under this name. They added that no members from his family or relatives had acknowledged the supposed news.

The British Crown Prosecution meanwhile has begun measures to freeze assets worth millions of pounds belonging to Rifaat Assad. The U.K. newspaper the Times reported that the British prosecution has begun tough steps against Rifaat Assad since opening an investigation into the sources of his wealth in France, which are believed to exceed 300 million pounds sterling. This follows a 2013 investigation into allegations Assad earned his fortune from money he had stolen during his service in the heart of the regime in Syria.