Two-day conference, which coincided with the newest round of peace talks in Astana, concludes in the northern town of Sarmada, All4Syria reports 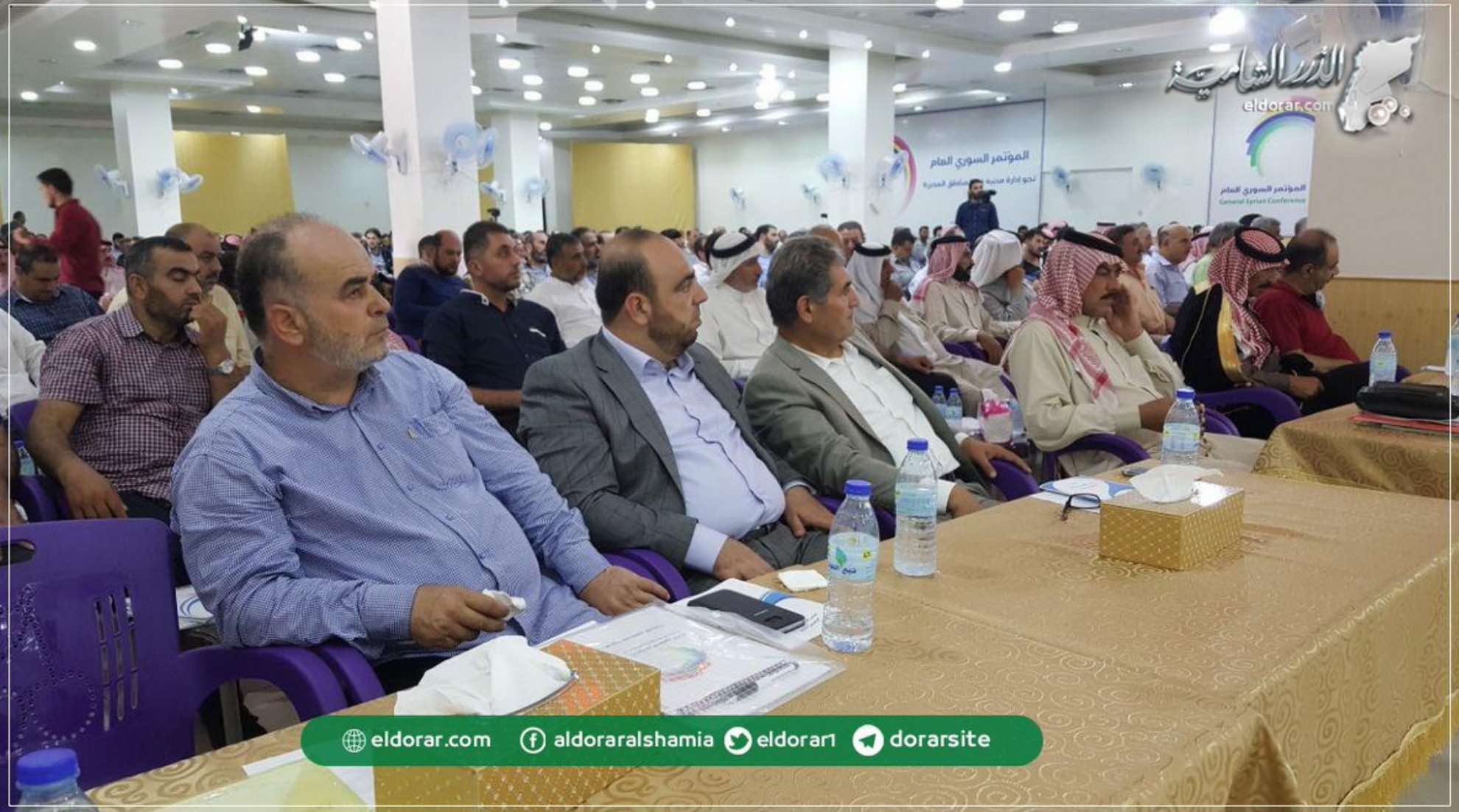 The new Civil Administration Conference in opposition-held Idleb wrapped up on Sunday, September 17, with an agreement on the formation of a body tasked with nominating a head of government to manage the liberated areas.

Revolutionary activists, trade unionists, local council representatives and members of various political blocs met for two days in the city of Sarmada, Idleb, in order to form a single civilian body in the northern province.

In a statement, delegates defined the features of future governance in areas outside regime control, stressing the Islamic nature of the Syrian people and the need for Islamic law to be the reference.

The resolutions stipulated the establishment of a constituent body to carry out the functions of the Shura Council until its formation by the Syrian General Conference. The body will also nominate a prime minister and approve the ministries, as well as form a committee for the drafting of the constitution.

The statement recommended the establishment of balanced relations with countries supporting the revolution, the rejection of foreign intervention in Syria, a focus on the issue of detainees, as well as the joining of all police services.

It also called for the rejection of the efforts by U.N. envoy Staffan de Mistura due to his bias in favor of the Assad regime.

The Civil Administration initiative was held to coincide with the sixth round of the Astana meetings. The conference is a clear sign towards opposing the meeting and its outcomes.

Opponents of the regime are divided in their support for the civil administration initiative.