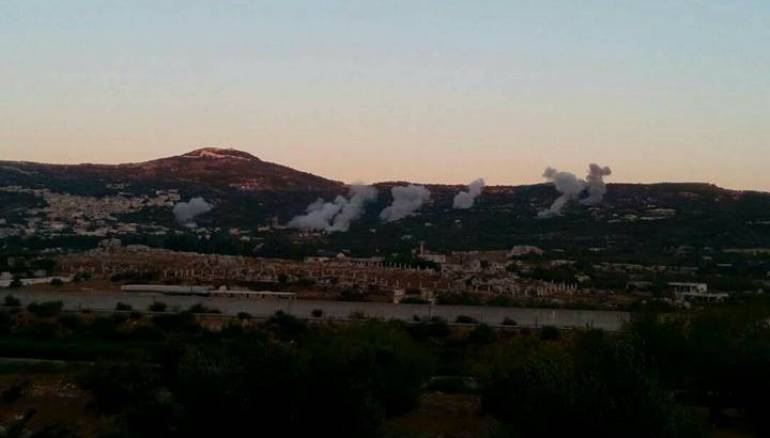 Syrian rebels on Sunday pounded pro-regime militias near Qardaha, the hometown of President Bashar al-Assad, in response to major attacks on Hama and IdIeb by regime forces, media outlets said.

Rebels said the attack, which wounded two militants, was in retaliation to a heavy missile attack on the Idleb town of Jisr al-Shugour near the border of the coastal Lattakia region.

Russia and the Syrian regime have stepped up their deadly aerial campaign on the provinces of Idleb and Hama since Tuesday, carrying out more than 150 raids and killing at least 30 civilians and dozens of rebel fighters.

On Saturday, 10 rebel fighters were killed and 50 more wounded when Russian warplanes struck their base in Idleb city, opposition news outlets said.

Airstrikes also targeted rebels of the Sham Legion group in the village of Mardikh. The wounded fighters were transferred to the Bab al-Hawa hospital on the Turkish border.

At least three civilians, two women and a child, were also killed in Russian strikes on Idleb city.