The Syrian intelligence chief is among 12 regime officers currently being investigated for violations, Al-Etihad Press reports 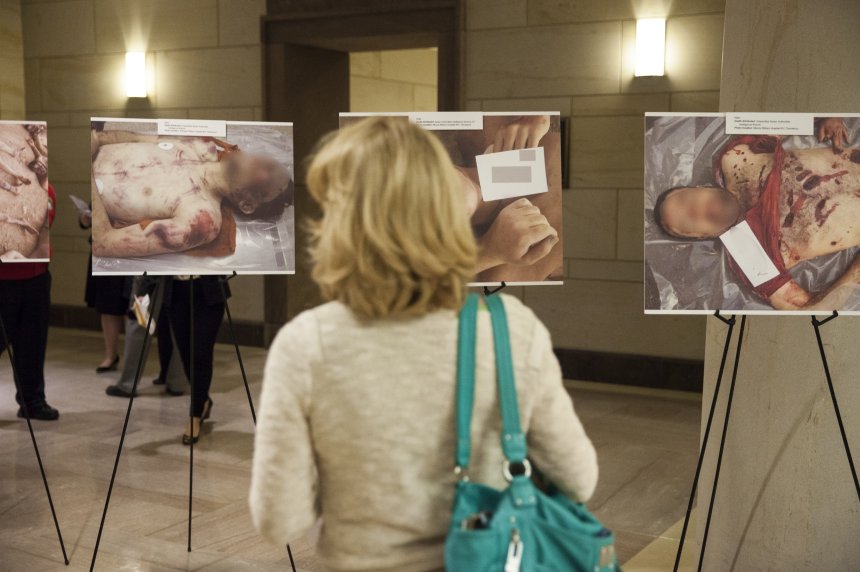 German public prosecutors in Karlsruhe have begun an investigation into charges against 12 officers in the Syrian regime forces, including Gen. Ali Mamlouk, for carrying out war crimes or crimes against humanity based on images from the defected military photographer "Caesar," who fled Syria in 2013.

Caesar smuggled around 27,000 images out of Syria showing likely evidence of killing, beating and torture within in the Syrian regime's prisons.

According to the German Spiegel Online website, the cases which have been investigated involve the deaths of 43 victims, although the cache of images is estimated to document around 6,700 deaths under torture.

Peter Frank, a public prosecutor involved in the case, said that these images sparked “horror across the world and gained the interest of major international institutions, such as the office of human rights at the United Nations, American Congress and law enforcement agencies."

Most of these bodies invited Caesar to testify before them, and have since published many reports based on his evidence.

A group of activists recently filed a lawsuit against 10 new names from the Syrian security services to the general secretariat of the European Center for Constitutional and Human Rights.

The new appeal includes a request for the High Commissioner for Human Rights to review “systematic acts of torture in the Syrian regime.”