Locals in the province are being subjected to violations at the hands of those who wish to enact vengeance, Zaman al-Wasl writes 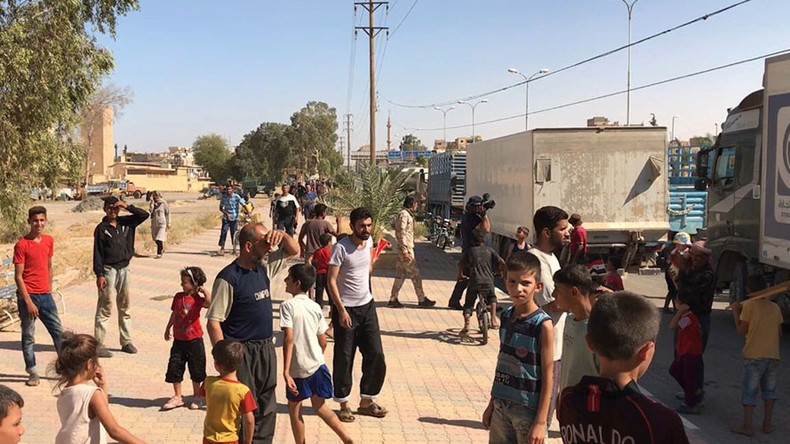 Images depicting the brutal execution of five civilians from Deir-ez-Zor by pro-regime militants has sparked a wave of resentment on social media.

Activist Salama al-Hussein from the Furat Post network confirmed that two young blind men were among those executed by forces loyal to President Bashar al-Assad in the province.

A culprit posted pictures of the execution on his Facebook page claiming the murders were in response to rebel shelling on Assad's ancestral hometown of Qardaha.

Hussein said the two blind men, Ibrahim and Ahmad al-Nayrat, belonged to the Al-Bunaser tribe from the town of Shameitiyeh.

The activist said that photographs of the victims on social media helped family members identify them.

The incident has raised questions over the extent to which crimes against villagers have been carried out in secret as many villages are retaken by pro-regime forces.

Meanwhile, the Syrian Democratic Forces on the other side of the Euphrates River posted images showing the humiliating arrest of civilians which the Western-backed forces accused of being affiliated with Islamic State (ISIS) militants.

Residents of Deir-ez-Zor have faced numerous violations during the recent military campaigns waged by Syrian government forces and their allies and the SDF backed by the international coalition.