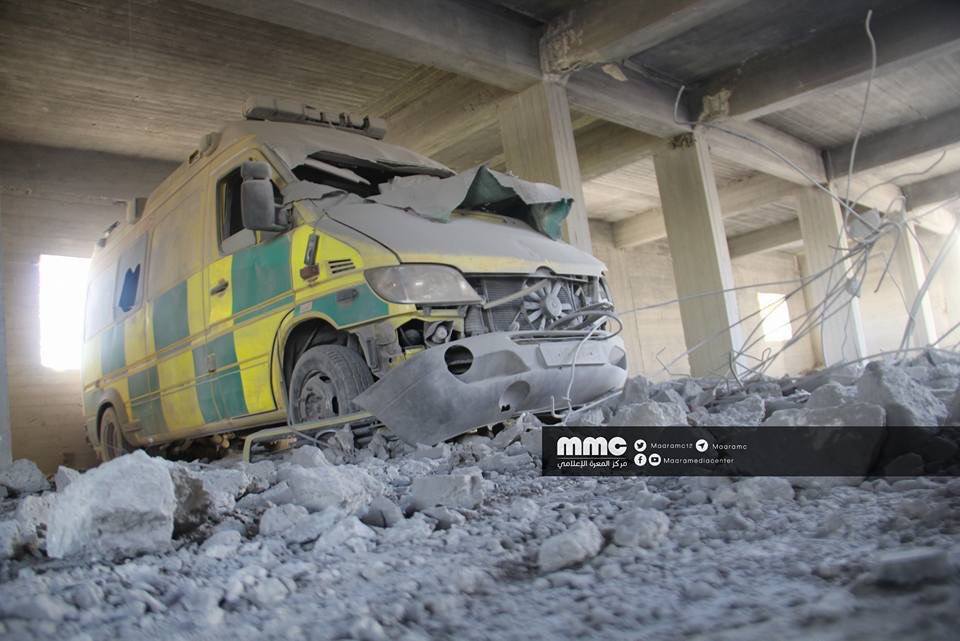 For the sixth day in a row, Russian warplanes continued their bombardment of Idleb with dozens of airstrikes on the province's cities and towns in a scene which brings to mind the period of Idleb's blockade and the subsequent invasion of its eastern districts.

The bombardment, which is continuing on the city of Jisr al-Shughour, accelerated on the fourth day of the campaign, as the city was subjected since dawn to more than 15 airstrikes by Russian warplanes which hit civilian homes, service infrastructure and medical facilities.

The Russian Defense Ministry said that the bombardment killed 32 militants and destroyed ammunition and explosives storehouses and armed vehicles in Idleb.

It said the strikes had killed five field commanders who had carried out an attack on Russian military police.

However, images published by local sources and Civil Defense centers revealed that all victims were civilians, including women and children.

Elsewhere, four children were killed by a regime helicopter's barrel bomb bombardment on the town of Al-Sanma in the province's northern countryside.

In addition, the cities and towns of Badana, Al-Ghasaniyah, Ashtabraq, Halouz, Al-Basheriyah, Yakubiyah and Al-Qaniyah were hit with heavy bombardment by Russian warplanes. No numbers of dead or wounded are available. Meanwhile, the Sham Hayat hospital in the city of Kafranbel in the southern countryside went out of service after it was also bombed.

Jisr al-Shughour was for the third day hit by heavy strikes with cluster and vacuum bombs, which killed 14 civilians, including five children, in addition to wounding dozens.