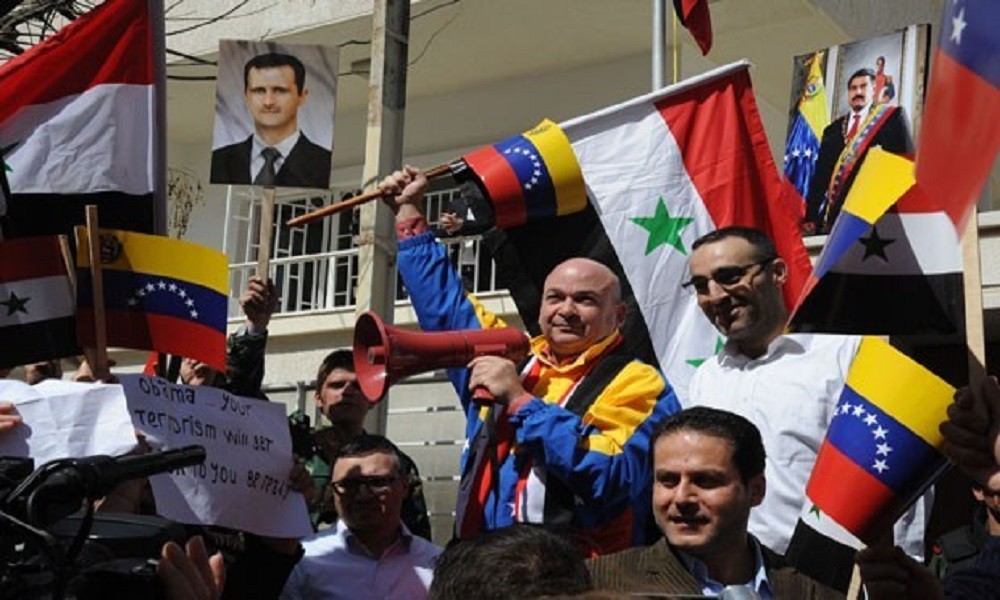 The Venezuelan Ambassador to Damascus Imad al-Saab has called for activating a number of projects between his country and Syria, most notably the commencement of direct flights between Damascus and Caracas and calling for a list of products needed by the Syrian market.

The Syrian-Venezuelan Friendship Committee held a meeting with the Venezuelan ambassador in the parliament to work on encouraging commercial and economic relations between the two countries.

In a statement to Al-Watan on the sidelines of the meeting, Saab said: "There has been an agreement to work on preparing lists of products between the two countries and adopting a barter system to avoid financial transfers, especially as there are restrictions from some countries on the issue of money transfers to the two countries, in addition to avoiding a third party that could profit from that."

Saab also expressed his hope that a joint project for gas production in eastern Homs will be reactivated soon, adding that this project was coordinated with specialists from the oil companies in the two countries.

Saab said that the Venezuelan government has a full desire to import olive oil from Syria as a result of large consumption by Venezuelan citizens, especially as the country faces the high cost of imports from Europe.

During the meeting, Saab said that the Venezuelan government would spare no effort to strengthen economic relations between the two countries and that he always stressed the issue of commercial exchange in the form of trading Syrian goods for Venezuelan ones.

He stressed the need for continuous cooperation between the two countries in this field, adding that a list of tradable goods must be made, such as oil, steel, tomatoes and other products which Venezuela produces.

The Venezuelan envoy said the Damascus International Fair, which was held two months ago, was a historic event that reflected Syria’s readiness for a post-war stage to build a modern nation.

Saab was confident that the war would end in Syria, saying that what Venezuela had suffered was not very different from what Syria had suffered, and the evidence of that was the strength of political relations between the two countries.

Saab believed that the West was not concerned with human rights nor democracy but only oil, gas and money, because they will be the main reasons in many future wars.

For his part, the head of the Syrian-Venezuelan Friendship Committee, Moad Nasser, said that Syrian markets were open to Venezuelan products, stressing the need for Venezuela to open its own markets to Syrian products.