Meetings of the intergovernmental commission will aim to expand Russian investments in Syria ahead of reconstruction, official media reports 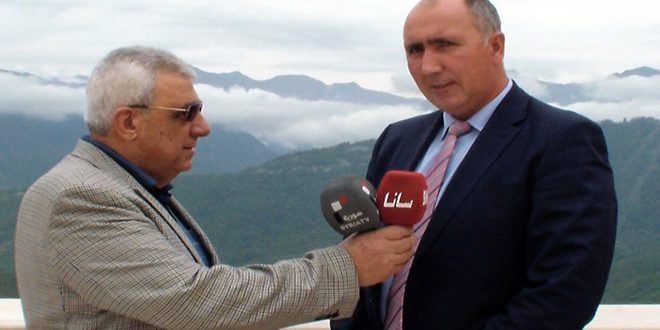 Syrian and Russian experts will meet for a second day on Tuesday in the Russian Black Sea resort city of Sochi as part of the joint committee for economic, trade and scientific cooperation.

Representatives of various ministries and state institutions, as well as businesspeople from both countries, focused on expanding Russia’s investments in Syria and on its participation in the reconstruction of basic infrastructure damaged by terrorism.

Head of the Syrian delegation Thuraya Idlebi told SANA that Monday's discussions aimed at realizing collaboration in all sectors, adding that the two sides have a clear interest in reaching agreements in all fields.

Speaking on the meetings, a Russian business representative said that all topics on the agenda were discussed and some amendments were proposed for better cooperation.