FSA group hands over the strategic Bab al-Salameh crossing on the border with Turkey to the Ankara-backed opposition, Al-Etihad reports 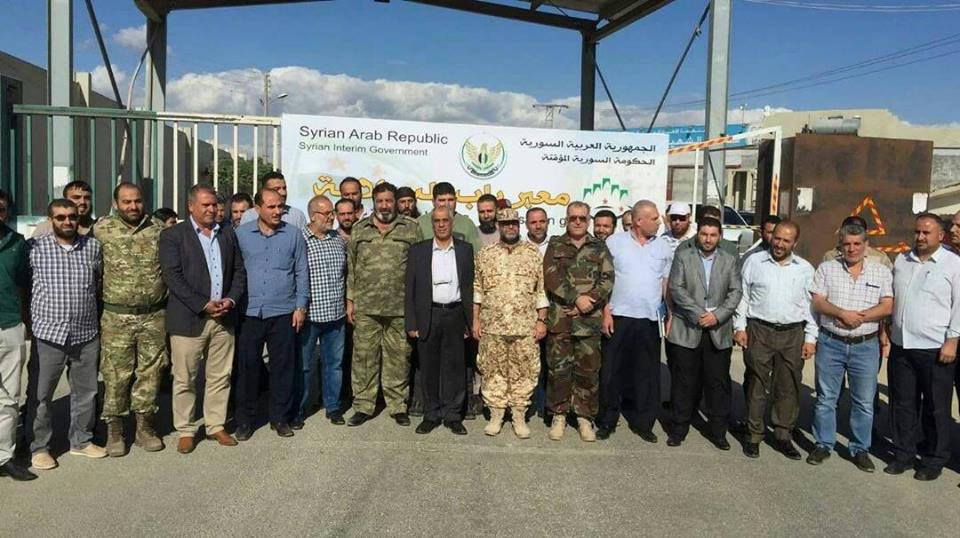 Syrian rebels under the Euphrates Shield alliance on Oct. 10 handed over the Bab al-Salameh border crossing north of the city of Azaz to the Syrian interim government.

Images published by the opposition showed the attendance of the interim government's President Jawad Abu Hatab to accept delivery of the crossing.

Activists claim that the crossing's revenues and resources, in addition to all the imposed fees and decisions which include the movement of commercial traffic, will now be in the hands of the interim government alone, adding that the crossing will not be overseen by any military authority.

A number of battles have occurred in the area throughout the past years, most prominently with the Islamic State (ISIS) group, which tried to control the crossing, while last year saw clashes erupt between the Levant Front and Ahrar al-Sham.