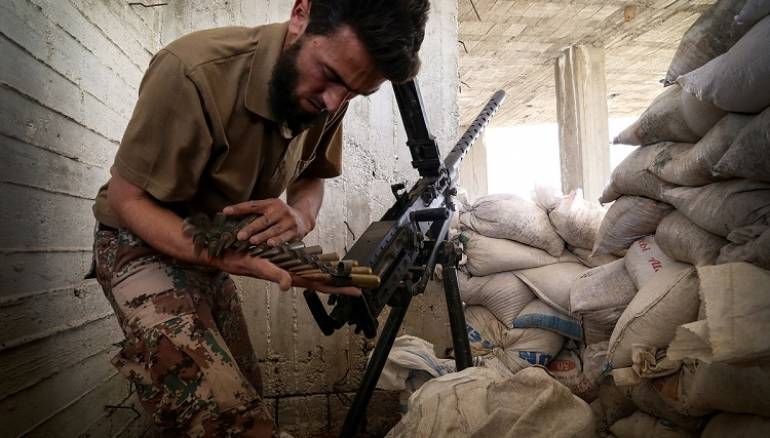 Two rebel groups clashed early Sunday near the Bab al-Salameh border crossing with Turkey only a week after handing over the crossing to the opposition’s interim government.

The Levant Front has accused the Sultan Murad Brigade of attacking its convoy in Al-Hamran district in the northern countryside of Aleppo “despite its withdrawal from the crossing a week ago and its abiding by the opposition’s demands.”

Shifting the management of the strategic crossing to the opposition comes as Turkey seeks to expel hard-line rebels from northern Syria along the border after the collapse of the Islamic State (ISIS).

In September, the interim government formed a Defense Ministry comprised of 44 moderate armed factions, including the Sultan Murad Brigade and the Levant Front, saying the step was toward building a united national army for Syria.