SIG calls on international community to hand over control of opposition areas to its staff, SNC media office reports 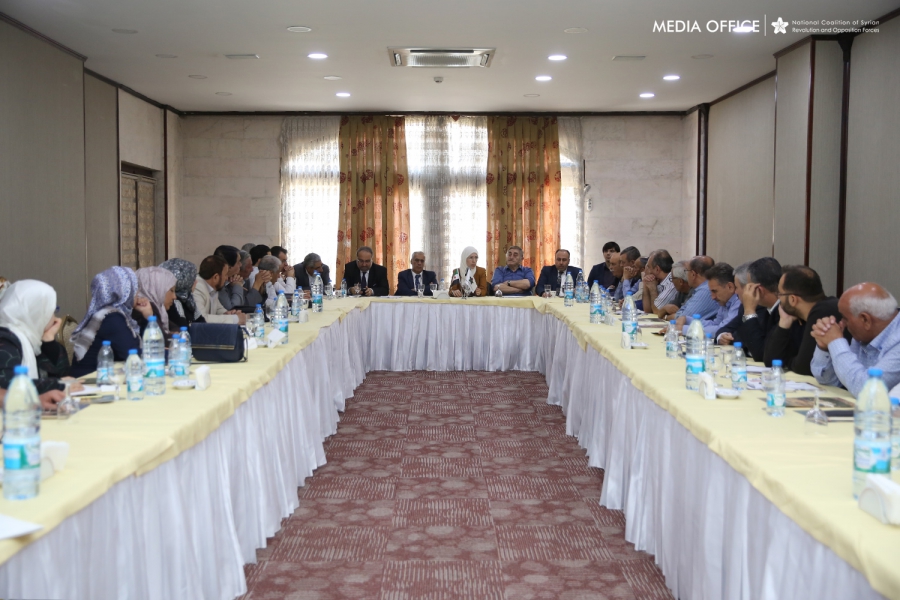 The Syrian opposition on Sunday met with civil and military bodies from the province of Deir-ez-Zor to discuss ways to alleviate civilian suffering caused by the Russian-backed forces of Bashar al-Assad and the U.S.-backed militias of the Syrian Democratic Forces (SDF).

Syrian Interim Government (SIG) Prime Minister Jawad Abu Hatab described news of civilians fleeing fighting in Deir-ez-Zor and the tragic conditions faced in the displaced persons camps as “heart-wrenching" and against the "values ​​of humanity."

He stressed that war crimes and crimes against humanity are being committed against civilians in Deir Ezzor. He said that Russia and the United States bear full responsibility as they support groups that do not care about the fate of civilians.

The prime minister also pointed to Russian efforts to form weak local administrations in the province that do not represent the local population and that serve the Assad regime.

Similarly, Abut Hatab said that the local councils formed by the SDF militias serve the objectives of the Democratic Union Party (PYD) and not the local people. He stressed that the SIG would hold meetings with representatives of civil groups to set up real and elected local councils representing the demands of the Syrian revolution.

Member of the Coalition’s political committee Okab Yahya said that the people of Deir-ez-Zor must be allowed to administer their own towns, adding that the work of administrations must serve the interests of civilians rather than political goals and foreign agendas.

Yahya called on the international community to hand over the administration of the liberated areas to SIG staff, emphasizing that armed groups and militias must be prevented from assuming these tasks.