Sources claim militants were forced to retreat after regime forces pushed on toward the Iraqi border, official media reports 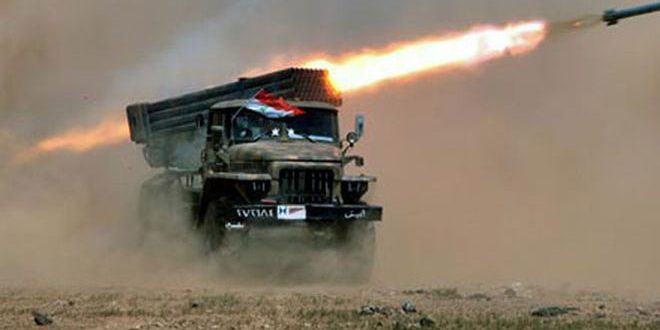 Syrian government forces carried out an intense campaign against the Islamic State (ISIS) group southeast of Deir-ez-Zor in the direction of the city of Al-Bukamal, inflicting heavy losses on the group.

SANA's reporter said that the Syrian army engaged in fierce clashes with ISIS terrorists in the neighborhood of Howeijet Saqer and Al-Sinaa, as well as a number of other districts in the city.

Meanwhile, a number of ISIS militants were killed in Syrian airstrikes on the cities of Al-Ashara and Al-Qurayyah southeast of Mayadeen.

Civilian sources said that a number of ISIS militants, including the group's self-proclaimed leader in Deir-ez-Zor, were forced to flee along with five others.