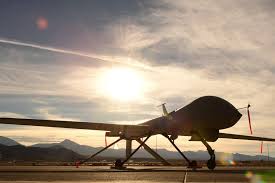 Syria strongly condemned the war crimes carried out by the U.S.-led international coalition against innocent civilians after its warplanes targeted civilians in the countryside of Deir-ez-Zor.

In a letter to the United Nations, the Foreign Ministry said that the coalition’s feverish quest to derail the victories of the Syrian army against the Islamic State (ISIS) organization confirms the suspicious role of the coalition and the danger it poses to efforts aimed at fighting the terrorist group.

The ministry said that this is done through airstrikes or agents on the ground, who conduct deals with ISIS terrorists to attack positions of the Syrian army and its allies from sites where coalition forces are deployed.

The letter cited the latest of such attacks committed on Saturday by coalition warplanes against residential sites in Tal al-Shaer and Al-Duwaiji in Deir-ez-Zor, where more than 10 civilians were killed and scores of others were injured. The strikes also caused massive damage to property and homes.

The letter said that the coalition’s warplanes also targeted a car carrying emergency respondents who were traveling to help injured people at the scene, killing all passengers.

It also criticized the many parties who claim to value the rule of law and human rights but turn a blind eye to the massacres committed by the coalition in the provinces of Raqqa and Deir-ez-Zor.

The ministry concluded by renewing the Syrian government’s demand for the U.N. Security Council to shoulder its responsibility to preserve international peace and security and take immediate action to stop the brutal crimes committed by the “illegal” coalition against innocent civilians.